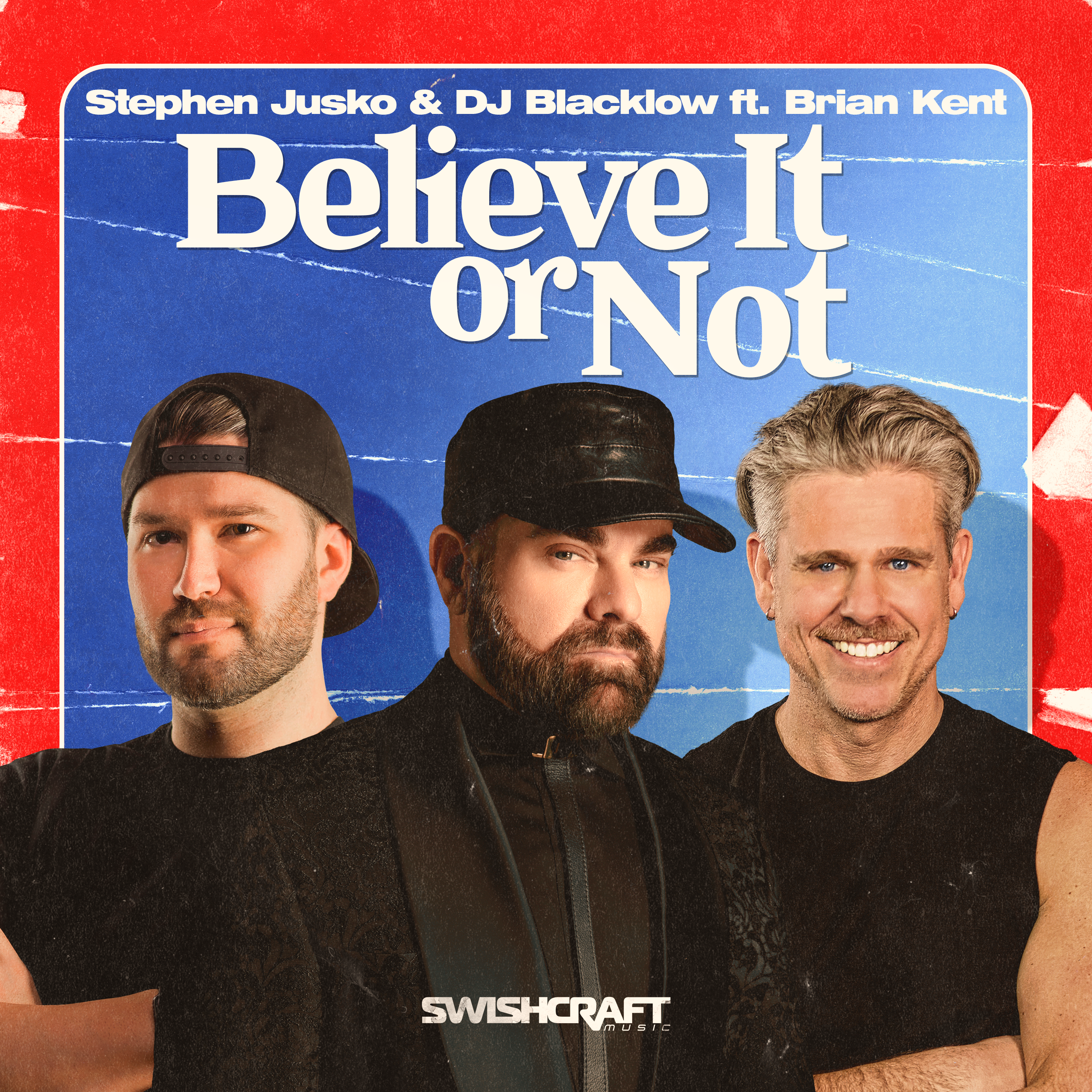 After a string of successful dance floor hits covering iconic 80s anthems including Pat Benatar’s “Shadows of The Night” and Scandal’s “The Warrior,” Stephen Jusko & DJ Blacklow return with their latest soon-to-be smash, “Believe It or Not.’ Teaming up with Billboard Recording Artist Brian Kent, the three take on the theme song to the much-beloved American television series, The Greatest American Hero. Written by Joey Scarbury in 1981, the theme song took on a life of its own as it became a radio staple topping the Billboard Hot 100 & US Adult charts at #2 & #3. Now 40 years later, it’s poised to take dance floors by storm.