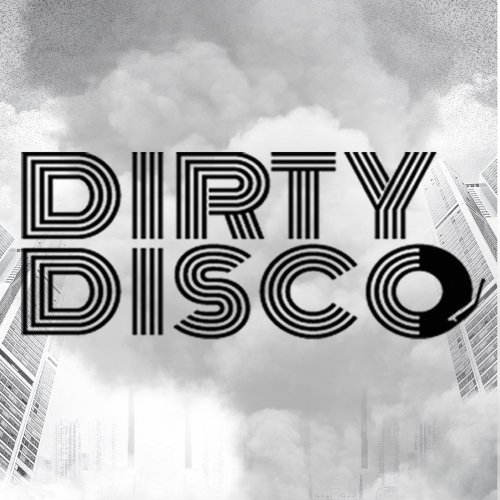 Famed local Houston DJs and Billboard Music reporters Mark D (Mark De Lange) & JD Arnold joined forces in the late 90s to create something exciting, the creation of Dirty Disco. Already a concept of De Lange’s, who currently owns the infamous Eagle Houston (Bar & Nightclub), he wanted to have a full-blown music band that included the club, local disco and circuit parties, remix productions for major artists plus solo singles, and merchandise. After approaching Arnold with his concept, what started as a series of classic local Disco parties and circuit events, soon morphed into a full-blown music production company with Billboard chart success!

JD worked at the biggest Gay club in town and Mark worked at the biggest Straight club, so there was a friendly rivalry, “JD and I would see each other every Tuesday at the record shops around town” Mark says, “we would always hit off of each other and talk shop about what records were hot.” The year was the mid-90s, Mark was working at Roxy, Club Pacific Street, and 104 KRBE radio and JD was working at the legendary Rich’s and KISS 98.5 radio. They were both Billboard DJs, meaning they would chart what music was happening here in town and that would go into the compilation of Billboard’s club/dance chart, which could make or break an artist’s career. A very powerful position indeed. “It was always so fun getting a new record in the mail and featuring it that weekend,” JD says, “it was truly a time of acceptance of new music and support of true club music, not just remixed top 40 radio hits.”

Mark collaborated with JD about the prospect of bringing an Eagle bar here to town, that reunion of the two DJs really sparked something. “I opened the Eagle and we started out just throwing true Disco parties and a few modern circuit events,” but we knew that we wanted to be the ones creating the music, not just having someone play it,” Mark explains, “plus I knew JD and I could do it if we put our heads together. We’ve both done production and have sent decades behind turntables – we knew what was up.” JD laughs and adds “there were a number of songs that Mark and I personally wanted to redo, records that meant something to us, so we set out to do just that!” The first Dirty Disco production was a remix of DJ John LePage’s original song “I Believe In You.” Then the two got together with iconic diva Debby Holiday and wrote “Lift,” which was the club anthem of the summer of 2015 around the country and made it all the way to #5 on the Billboard club chart! “That was our first song we wrote, not just remixing some else’s work – we were astounded” JD exclaims. Then their production of Barry Harris’ “What Makes Your Heartbeat Faster” made it to Billboard #10 just a few weeks later and number 1 on US-based record pool charts. From then on, they have been approached by a number of record labels and artists to do remixes. On the books of Dirty Disco are great tracks like “Spirit In The Sky” by Doctor & The Medics (part of their 29th-anniversary set, still at #1 with US record pools), Shakespear’s Sister’s hit “Stay” along with “My Favorite Sin” by Eric Alan (a Houston native now in NYC). A few months back, their single “Was That All It Was”, a remake of the 1980 classic that was a huge hit at the largest Gay bar in the world at the time – The Saint (NYC), entered Billboard’s top 50 in its second week out and hit number 5! Scheduled for release in December of 2015 is “Stranded”, an original piece JD and Mark wrote along with diva icon Inaya Day!

“The time I knew we had made it was not necessarily the Billboard chart action, which JD and I are thrilled with, it was when we got a call to remix a pop record from a record label in the UK” Mark explains. “Yes, we normally focus on the nightclub and after-hours music scene with our music,” JD says, “but it was when we were able to do a crossover remix that really showed we had something.” The single they’re speaking of is “Angel” by Alexx Antaeus feat Tommy Lee Sparta, which was released by the label in late October 2016. On the platter and in the future is lots more with Debby Holliday, “iTunes just loves her” both Mark and JD chime in! “We just want to create fun music that allows people to escape on the dance floor,” Mark says, “and let the world know that Houston has talent!”