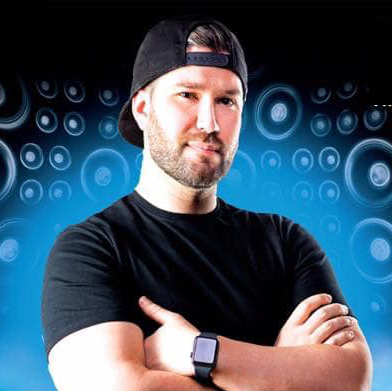 Stephen Jusko is a Texas Based DJ and Producer with an extensive musical background. From a very young age, he played any instrument he could get his hands on from brass to strings, like guitar, to piano and percussion. Stephen’s knowledge of music theory comes from the vast experience being various live performance ensembles that allowed him to play in venues all over Europe and the USA. As with many DJs, Stephen became inspired by electronic music such as trance and progressive house. Once he developed a creative vision for dance music, he used his knowledge of music and self-taught himself and began remixing and producing.

Then he went to Rich’s in Houston where he was captivated by the thick tribal beats played by resident DJ Joe Ross and international guest DJs like Dani Toro. He knew immediately that he could blend his progressive house style with tribal drums and rhythms.

Stephen’s musical styles range from happy daytime house to dark afterhours bass and tech house to uplifting big room (Tea Dance) to aggressive big room. He loves Top 40 mixes as much as he loves the deep tracks. Stephen has developed a beautiful relationship with his production partner DJ Blacklow. Together, they feed off each other’s love for big room uplifting progressive house mixes.”