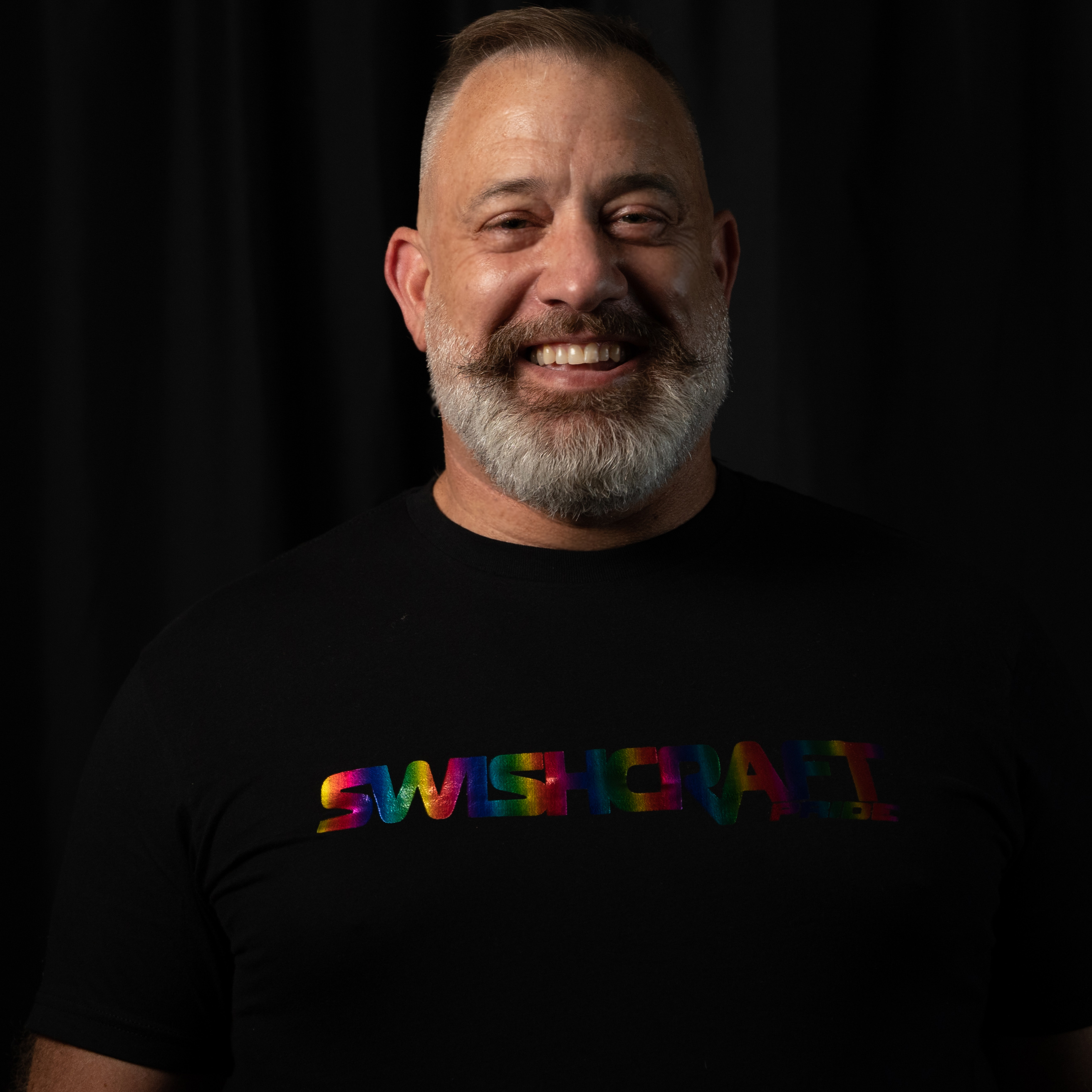 As a BIllboard Magazine, DJ Times, and ARIA #1 Remix Producer as part of several teams who in the past have included team members Division 4, Leo Frappier, Cristian Poow and James Torres), Matt Consola continues to produce with Divison 4 specializing in Mainstream Vocal House & Future House.  But in 2018 Consola launched a new partnership with Aaron Altemose calling themselves the Rip City Boys, a team producing a more vocal Groove House meets Tech House sound.

As a 30 year veteran DJ, Matt Consola has been a resident headliner with Bearracuda since its founding in 2007 in San Francisco. Bearracuda resides in 64 cities in 11 countries (and still growing) as of 2021. Consola also travels the US, Canada, and Mexico as part of the original Daddy Issues party, founded in 2015 as part of recurring themed parties at the Houston Eagle. By 2016, Daddy Issues, the party for Daddies and The Men That Crave Them, went on the road hosted coast to coast at various Eagle Bars & Clubs before expanding outside the Eagle brand in 2018. Consola also calls Palm Springs his home away from home as a twice-a-month resident at the Chill Bar Palm Springs, the heart of the LGBTQAI+ dance community. Consola also holds a residency at the Portland, Oregon-based Daddy Bone with fellow resident DJ John Cross.

In March of 2016, the Remix Team of Division 4 & Matt Consola celebrated remixes on Four Top 15 Billboard Dance Chart hits in one month including #1 hit single “I’m In Love With My Life” by Phases, “Stranded” by Dirty Disco ft Inaya Day, “Love Is” by Inas X, and “Burning Up” by Karine Hannah & Dave Aude. The Division 4 & Matt Consola remix of Lady Gaga’s  “Til It Happens To You” was one of only five officially commissioned mixes on the Oscar-Nominated, Grammy Nominated and Golden Globe Winning Diane Warren & Lady Gaga #1 track, alone with remixers Tracy Young, Mike Rizzo, Frank Lamboy & Dirty Pop. Speaking of M People, Matt Consola teamed up with M People’s Heather Small and long time production buddies Dirty Disco to remix and re-release a 25th Aniversary set of remixes of the M People classic “Movin’ On Up” and a 20th Anniversary set of remixes for the Heather Small iconic solo worldwide #1 hit “Proud.” As Heather Small Feat Dirty Disco & Matt Consola, “Movin on Up” scored a #5 Billboard Dance Hit for Swishcraft in July of 2020, and “Proud” went to #10 in July of 2019 the previous year. The year 2020 also saw a Billboard #11 hit for Brett Oosterhaus & Debby Holiday – “Living For The Music” that was cut short when the Billboard Dance chart was closed due to COVID-19 and the closer of nightclubs in America.  And while the charts have been closed Consola and his label Swishcraft still saw massive success with releases that included Peyton – Things Can Only Get Better, Headrocka x Kiva – Step Into The Light, and his Rip City Boys produced release, Matt Consola & Aaron Altemose ft Brenda Reed – Every Moment.

The later releases will see a second release date once COVID ends and clubs reopen.  But as 2021 begins, Consola is not letting COVID and the continued club closures slow him down. New releases Dan Slater feat. Zoë Badwi – We Are and Dan Slater & Zoë Badwi – I’ve Been Waiting will begin to drop in March of 2021 as well as Brett Oosterhaus & Kalia Medeiros – Are You Living and Brett Oosterhaus & Kalia Medeiros – Touch The Fire, as well as the long-awaited update to the classic The Freemasons ft Katherine Ellis – When You Touch Me produced and remixed by Matt Consola & Dirty Disco. Consola will also drop his latest solo single “Banana” ft Luna Nixx on vocals. “Banana” is a considerable change in style for Consola who goes in a decidedly darker tech house direction. Completely devoid of the politics, ego & attitude, which run rampant in the music industry, Matt Consola is a sincere and genuine producer/DJ, who consequently has a long and impressive list of International credentials & accomplishments. Consola is a Billboard #1 remixer and producer, with official remixes that have topped the US, Canadian, UK & European, Latin American, and Oceanian Club Charts. America’s hottest clubs and circuit events have depended on Consola as their resident or headlining DJ. A veteran of over 20+ years, Matt got his start headlining such nightlife institutions as San Francisco’s now-infamous Gus Presents: Metropolis, Colossus & the Sunday institution Pleasuredome at the legendary 1015 Folsom, 715 Harrison, and Club Townsend’s Universe and Rhythm. That lead to residencies at some of America’s largest clubs including Chicago & Miami’s Crobar – Anthem Sundays, Pure & Amsterdam in Denver, Ground Zero in Atlanta, FRESH in Honolulu, and a 7 year run at Boy Bar San Francisco. In 2015, Matt is currently a resident DJ with America’s largest international traveling Bear Party called Bearracuda, that as of January 202, operates in 64 cities in 11 countries and still expanding (www.bearracudasf.com). In addition, Matt founded the San Francisco-based record label Swishcraft Music spawned from his International Radio Show on 511 stations on five networks and archived on iTunes as a podcast (here).

As a hometown favorite in San Francisco, Matt has headlined America’s largest Pride and Street Fairs, performing to crowds of over 200,000, and has headlined San Francisco’s internationally renowned UP YOUR ALLEY, Folsom Street Fairs, SF Gay Pride, GayDaze, and Lazy Bear/Harrison Street events, The Palm Springs White Party & NYC’s The Black Party, as well as Pride events in Canada, England, Ireland, Greece & Australia. As an artist in support of his 2010/2011 Swishcraft Music singles “Midnight” and ‘Coming Back” with vocalist Brenda Reed, Matt & Brenda performed the main stage of the San Francisco 2011 Pride Festival, and in 2012, Matt headlines again as one of the DJ headliners. In 2009, Consola had the honor of opening for The Pet Shop Boys at the historic Warfield Theater for their sold-out Pandemonium World Tour on Sept. 22nd & 23rd, 2009, which lead to dates at the infamous House of Blues and others across the country and Canada.

In addition to a very successful iTunes hosted Podcast called Adapter, which averages 30,000 downloads & streams a week, and a Saturday night, hour-long radio mix-show called Swishcraft Radio on the Sobel Nation Radio Network, Wild Cat FM, G-Radio Network, Dance World Radio.com, and the HotMaleRadio Networks, Consola launched Swishcraft Music in late 2010 (www.swishcraftmusic.com) dedicated to vocal house tracks rich with vocals and melody, a style near and dear to his heart. Drawing from a talented pool of San Francisco & Bay Area producers, many of which are also fellow members of the SF bear community, Consola has set out to create a unique record label that features local talent, while still utilizing his International friends and collages to give the packages a well-rounded feel. Noted Swishcraft Music projects brought together International dance producer Saul Ruiz with Two-Time Grammy Award Winning Singer/Songwriter Matt Alber to cover the Fleetwood Mac classic “Dreams.” The track immediately shot to #1 on the Music One Radio Charts where it remained for 10 weeks before its official release on April 9th, 2012. And in the winter of 2012, the Swishcraft hit “Amazing” by Mars & Vans feat Adam Turner became a worldwide club and chart sensation when it was licensed, not once, but twice by Abercrombie & Fitch for the launch of several European flagship stores as well as used as their Facebook holiday campaign theme song and in their in-store runway video campaigns. See A&F Video here. By 2015, Swishcraft Music has released 52 singles and 2 compilations and growing.

IN THE NOT-SO-DISTANT PAST…

As a founding partner and producer of the early 1990’s dance-chart label, Redzone Records, and a member of the UBL Recordings Group, Matt co-produced and remixed several Billboard and DMA Magazine hit singles with business partner, mega-producer Keith Haarmeyer, such as “Ooh Child” by Trish Vogel, “All I Ask of You 2000” by Vicki Shepard, “That Man of Mine” by Sugarshop featuring Cindy Mizelle, and the current 2003 #1 dance chart hit single “I Got A Feelin’” by Vicki Shepard. In addition, Matt and his partners licensed, branded, promoted and distributed over 25 highly successful dance compilations for their own labels, radio stations, clubs and national events. In 2000 Matt expanded his business to include the servicing of corporate America. It was at this point he was granted a wonderful opportunity to produce for Vanity Fair.

As a Circuit DJ, Matt’s career exploded in 1999 due largely in part to his much loved and highly successful DJ Mixed CD Series, Circuit Grooves, on Redzone Records.  In just a few short months, this kid who had never left the US, suddenly found himself playing for thousands in England, Ireland, Greece, Mexico, and Canada. Not to mention headlining some of the biggest International Festivals, RSVP Cruises, and Circuit parties, including the SF & LA Pride Fairs, as well as The Folsom Street Fair, Up Your Alley, The Palm Springs White Party, and the Black Party just to name a few.

Matt got his start as a prominent mix-show DJ throughout the early ’90s in California, with radio station KSJS FM, and a nationally syndicated Windy City DJ’s, through station KWSS-FM both in the San Francisco Bay Area. He held a six-year tenure with DANCE MUSIC AUTHORITY Magazine (DMA), one of America’s most renowned and internationally revered dance music publications at the time. And it was at that time that Matt became and remains a voting member of NARAS’s San Francisco Chapter of the Recording Recording Academy (The Grammys).