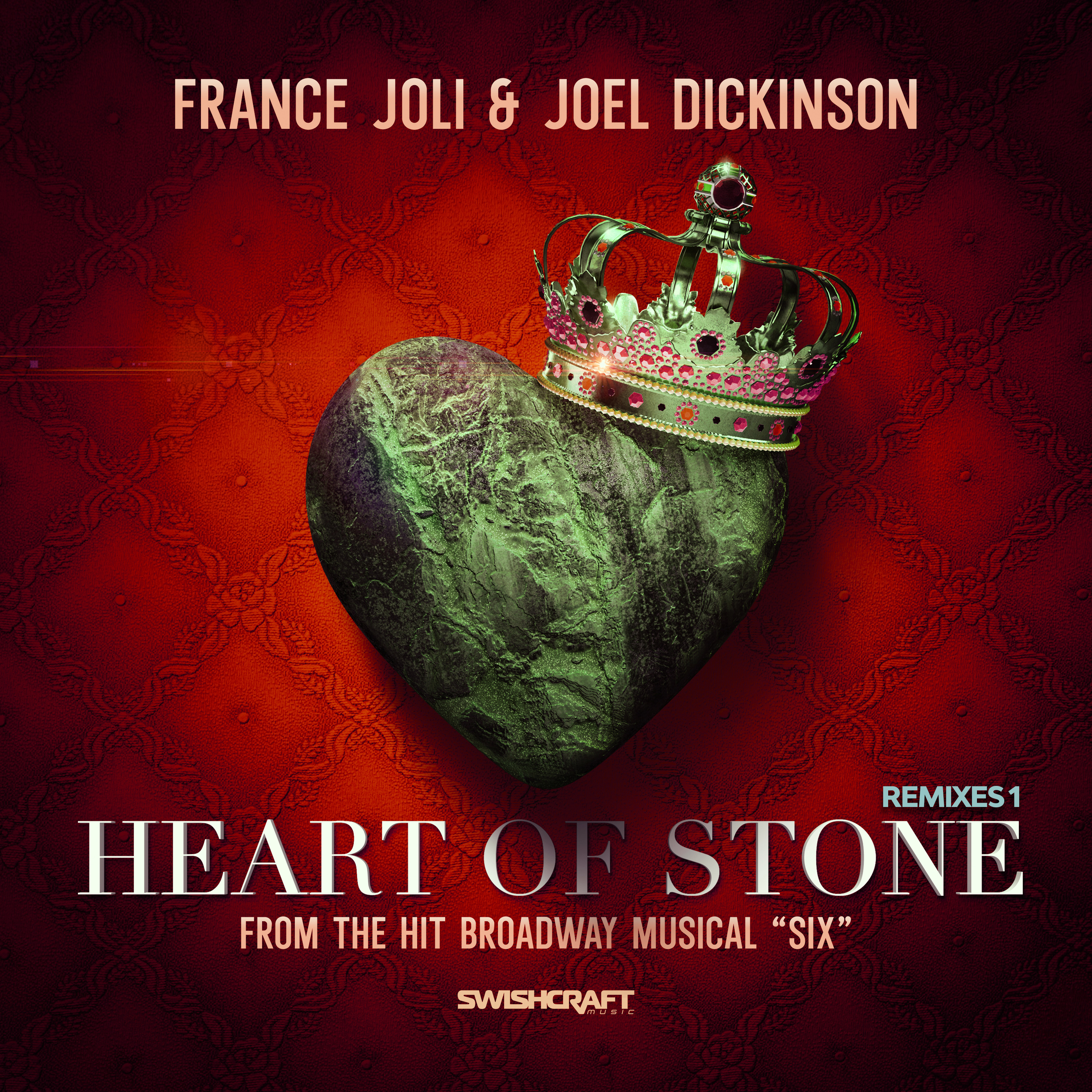 Heart of Stone by France Joli and Joel Dickinson is the uplifting, hands-in-the-air, feel-good anthem we all need right now. Taken from the British and now #1 Broadway sensation, “Six,” Swishcraft Music is excited to announce the first set of club remixes by a handful of the world’s biggest remix producers. Our Remix EP #1 featured producers Luca Debonaire, Wayne G & Porl Young, Dirty Disco & Matt Consola, Twisted Dee & Diego Fernandez, Cajjmere Wray, and Elof de Neve have remixed up an explosive selection of Big Room, Tech House, Nu-Disco, and Peak Time sure to be the center of you New Year’s Eve sets. Part Two dropping in January 2022.

The original Heart of Stone is the cornerstone anthem from the British and now Broadway sensation, “Six.” Divorced, beheaded, died, divorced, beheaded, survived. From Tudor Queens to Pop Princesses, the SIX wives of Henry VIII take to the mic to remix five hundred years of historical heartbreak into an exuberant celebration of 21st-century girl power! The wives take turns singing and telling their stories to see who suffered the most due to Henry and should, therefore, become the group’s lead singer. France Joli, the iconic Canadian singer/songwriter, transformed this already anthemic track into a female empowerment into a dance floor stormer releasing the “Original Mix” and “Club Mix” in time for the show’s return to Broadway on October 3rd, 2021. The Club Remixes Parts 1 & 2 began dropping December 28th, 2021 with service to many of the world’s Tastemaker DJs and dance stations.

France Joli, best known for her two Billboard #1 disco classics “Don’t Stop Dancing” and “Come to Me” (which was also a US Hot 100 #15), her #2 Billboard hit “Gonna Get Over You,” and her two Billboard #3 hits “Heart to Break the Heart” and “Feel Like Dancing” from her years at Prelude Records. Whether it was working with iconic producers including Giorgio Moroder, Pete Bellotte, and Shep Pettibone during her years at Epic Records, performances on America’s biggest talk show staples Mike Douglas, Merv Griffin, Dinah Shore, and even on a Bob Hope special, it was her iconic performances on Fire Island that propelled her to legendary status. Like her contemporaries Donna Summer, Gloria Gaynor, and so many others that graced the Fire Island stages, Joli’s performances were chronicled in the 2003 documentary “When Ocean Meets Sky” detailing the 50-year history of the Fire Island Pines community and tracks like “Come To Me” were featured in the 1998 movie “54”, depicting the events at Studio 54 in New York.

Joel Dickinson is an American producer whose credits include programming and engineering for Junior Vasquez, which let him to be featured on Junior’s Demented compilation. Dickinson is a founding member of the remix team Audio Assembly who has produced remixes for artists such as Inaya Day, Seal, and Taylor Dayne. He is also half of the production teams of Hell & Keller, Joel Dickinson + Billy Waters, and Jerome Farley + Joel Dickinson. Joel’s past remix work includes solo projects as Thee Werq’n B!tches.

Together Joli & Dickinson present Heart of Stone as a beloved show tune, a female empowerment anthem, and a soon-to-be dance floor staple. “SIX is the global sensation that everyone is losing their heads over,” The New York Times says, “and SIX is pure entertainment!” The Evening Standard hails SIX as “the most uplifting new British musical I have ever had the privilege to watch.”