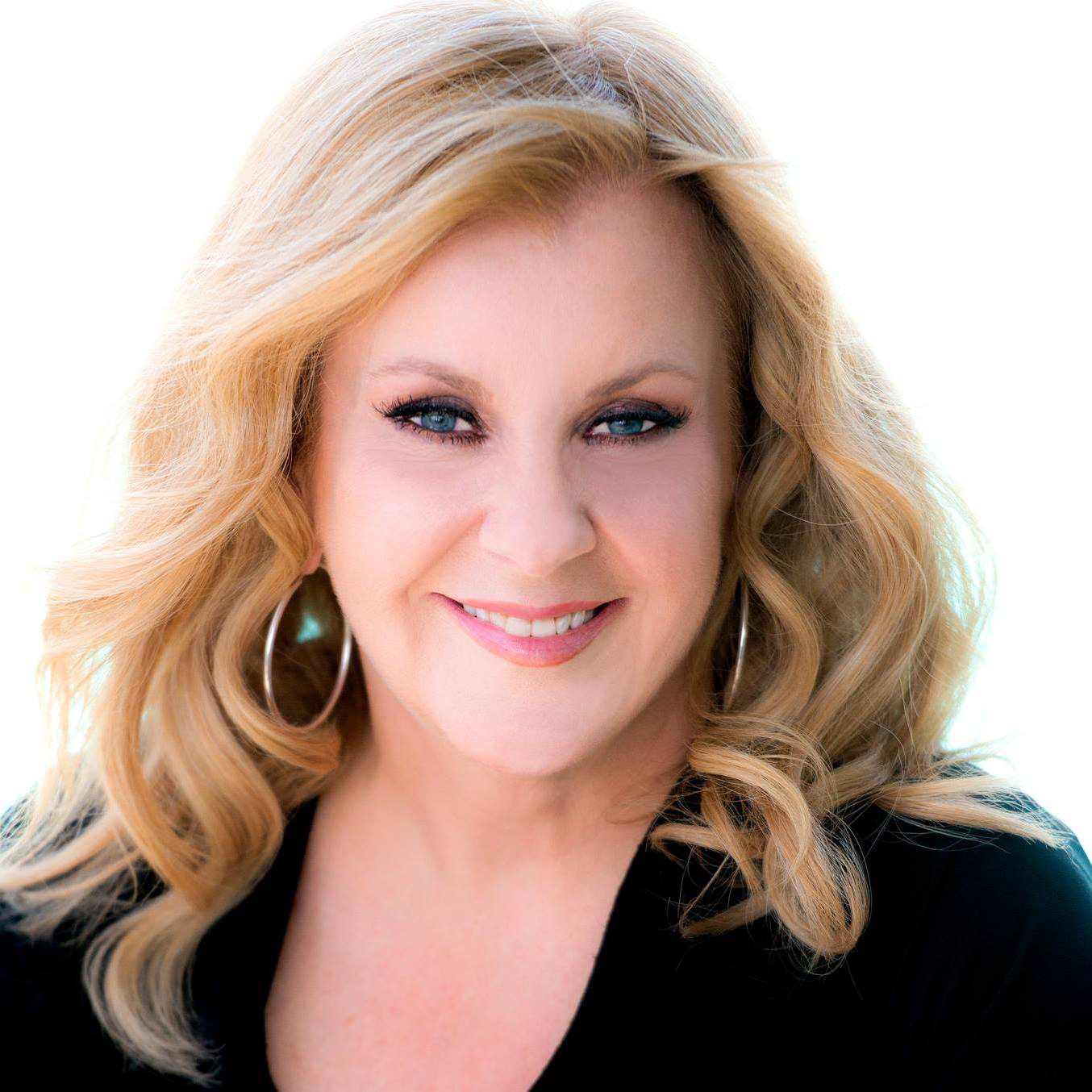 On July 7, 1979, an unknown, 16-year-old French Canadian female vocalist named France Joli performed her new single “Come to Me” for the first time before a throng of 5,000 on Fire Island at a benefit now infamously known as Beach ’79.

Joli left the stage a star, becoming a media darling who appeared in all the popular publications and on all the hot TV shows of the day. “Come to Me” became a smash hit that sold three million copies globally, rose to number one on disco charts around the world, and reached number 15 on Billboard magazine’s pop chart. Befitting this fairytale, Joli portrayed Cinderella in the 1980 Macy’s Thanksgiving Day Parade. She also performed at all the landmark Manhattan dance venues of the day, including Studio 54, Bond, and The Saint.

Joli still performs “Come to Me” and subsequent hits such as “Gonna Get Over You,” “The Heart to Break the Heart,” and “Feel Like Dancing” on the dance music circuit throughout the world. She draws a crowd at every performance. Even those of a younger generation—who may not know her by name—realize they’re fans of “Come to Me” once they hear Joli’s first few bars.

Joli’s recent live performance schedule has included stops in Mexico City, New York, New Orleans, Miami, Los Angeles, and Palm Springs, where she performed at both Jeffrey Sanker’s The White Party and Evening Under the Stars with the First Ladies of Disco, a historic benefit that united 12 disco greats on one stage for the first time ever.

In 2012, Joli produced and recorded a dance version of Leonard Cohen’s classic “Hallelujah,” and shot its video in Palm Springs, California. The song went on to become the hit of the summer, particularly in gay mecca Provincetown, with Joli making several appearances there over Carnival Week.

In January 2013, Joli made her Off-Broadway debut in Anthony J. Wilkinson’s “My Big Gay Italian Wedding” at St. Luke’s Theater. She returned for a sophomore cameo performance, and also occasionally appeared in the Off-Broadway sequel, “My Big Gay Italian Funeral.” She was also featured that year in James Arena’s best-seller “First Legends of Disco,” for which she also wrote the foreword.

In 2016, Broadway musical Disaster! at the Nederlander Theatre featured “Come to Me” as its second act show-stopper. On April 3, 2016, Joli made her Broadway “debut” when she sang the song on stage with the cast at the end of that night’s performance as part of a benefit for Broadway Cares/Equity Fights AIDS.

On March 9, 2018, at The Copa Nightclub in Palm Springs, Joli unveiled an hour-long show that was quite a departure from her usual 30-minute disco performances. Not only did she incorporate ballads and stories into her act, she debuted a never-before-heard medley of popular LGBTQ+ anthems.

On June 1, 2018, Joli released her new single, “Don’t Forget to Dance,” which she co-wrote and co-produced. The song is part of the compilation album “Love is Love,” 10% of whose net proceeds will benefit Family Equality Council, a non-profit whose mission is to advance legal and lived equality for LGBTQ families, and for those who wish to form them.

In 2019, Joli celebrated the 40th anniversary of “Come to Me” with—among other special events—an appearance on Fire Island for a commemoration of Beach ’79, including a panel with the individuals who made that affair such an unforgettable evening. She is also prominently featured in Robert Bonanno’s commemorative souvenir book.

In late 2021, Joli co-produced with remixer Joel Dickinson a dance cover of “Heart of Stone,” the power ballad from the smash-hit Broadway musical “Six,” about the half-dozen wives of Henry VIII. The song—as well as one of two remix packages being released December 2021 & January 2022—has been released by Matt Consola’s Swishcraft Music dance label and is available for worldwide download on Spotify, Apple Music, Qobuz, Beatport, Amazon, Deezer, Traxsource, Juno and others.

As early as age four, Joli was performing for relatives lip-syncing to Barbra Streisand records while handling a skipping rope like a microphone; she had appeared on television by age six. At age 11, Joli left the public school system (her mother tutored her) to concentrate on her performing career appearing regularly in television commercials and talent shows. A mutual acquaintance suggested Joli meet up with musician Tony Green who Joli approached backstage after he had given a concert, Joli inviting Green to be her record producer. Green did not take the 13-year-old Joli seriously: he recalled: “To get rid of her I [told] her to keep in touch.” According to one source, Joli eventually visited Green’s home to sing for him; it is also reported that Green first heard Joli sing from the audience of an “end of school year show” in which she performed in the fall of 1978. Both accounts concur that Green first heard Joli singing along with a Streisand record. Green had written the song “Come to Me” for Joli by the next day.

When the producer Green originally commissioned to record Joli indicated a desire to develop Joli as a Francophone singer, Green himself took over production duties for Joli. The tracks Joli cut with Green were picked up by Prelude and released on April 17, 1979, as the album France Joli. The track “Come to Me” received a boost when Joli performed it as a last-minute replacement for Donna Summer at the “BEACH ’79” party held on Fire Island on July 7, 1979, before an estimated audience of five thousand.

Joli made her network television debut on October 26, 1979, broadcast of The Midnight Special and she co-hosted the December 7 episode. Her other TV credits included episodes of the talk shows of Mike Douglas, Merv Griffin, and Dinah Shore and also a Bob Hope special.

1980 saw the release of Joli’s second album Tonight, with the ballad “This Time (I’m Giving All I’ve Got)” released as a single bubbling under for two weeks peaking at No. 103: this attempt to curry favor in the mainstream market was unsuccessful with Joli receiving support only in the dance club market, where the tracks “The Heart to Break the Heart” and “Feel Like Dancing” achieved a joint position of No. 3: Tonight was ranked on the Billboard album chart at No. 175.

In 1981, Joli released her third album Now – produced by Ray Reid and William Anderson from Crown Heights Affair rather than Tony Green which included the smash club hit  “Gonna Get Over You”, which went to number two for two weeks on the American dance charts. Joli, as evidenced by her opening for the Commodores during their American tour of 1981, had that star potential but she decided to depart the dance music-oriented Prelude label for mainstream music giant Epic.

Joli’s Epic debut Attitude (1983), was produced by Pete Bellotte; Giorgio Moroder was credited as executive producer. The album personnel included Martin Page on electric guitar, Page’s Q-Feel sideman Brian Fairweather on electric bass, and Richie Zito on electric bass and electric guitar: Zito also performed arranging duties. The tracks included Joli’s original “Dumb Blond” (co-written with Daniel Vail) and a remake of the Four Tops’ “Standing in the Shadows of Love” which featured Gladys Knight’s backing group the Pips; the latter was a moderate club success in tandem with the cuts “Girl in the 80s” and “Blue-Eyed Technology” which led to a performance by Joli on “Solid Gold”.

Joli’s next Epic release was Witch Of Love (1985), produced by George Duke: prior to the album’s release, Joli had performed the Duke-penned track “Party Lights” at the Yamaha Music Festival in 1984 and had won the Grand Prix. The title cut of Witch of Love was a Joli-Vail composition as was the track “What About Me”. However, as with Attitude, the choice for a single was a Ferguson-Neal composition: the rather quirky “Does He Dance”, which was overlooked by US radio – although it did become a Canadian airplay item – while becoming a moderate club hit boosted by a remix by Shep Pettibone.

In 1996, Joli reunited with Tony Green for the single “Touch” on Popular Records. The original incarnation of the single was a CD single with Eurodance/Hi-NRG styled remixes. The song became a hit in clubs, reaching No. 24 on Hot Dance Music/Club Play, when new remixes by Darrin “Spike” Friedman were released on vinyl 12″ single. There were two separate 12″ singles released individually, each featuring a different Darrin Friedman remix, along with the other mixes from the CD single divided between the two records. The song became a regional hit in the New York tri-state area, as it was a favorite of DJs such as Jonathan Peters and Junior Vasquez at their weekly residencies.

Currently, through the 2020s, Joli continues to perform at clubs, festivals, and private functions throughout her native Canada and annually in the New York City area where she has appeared multiple times at the annual KTU Disco Ball at Trump Plaza in Atlantic City, New Jersey.

Joli’s “Come to Me” is featured in When Ocean Meets Sky (2003), a documentary detailing the 50-year history of the Fire Island Pines community. The film – which had its television premiere on June 10, 2006 – includes much previously unseen archival footage, but Joli’s July 1979 performance of “Come to Me” is presented only in still photographs with a musical background, suggesting no footage of that event exists. The sequence included interviews with those who recall Joli’s 1979 performance on Fire Island. When Ocean Meets Sky is seen occasionally on the Logo channel. In addition, it was also featured in the 1998 movie 54, depicting the events at Studio 54 in New York.