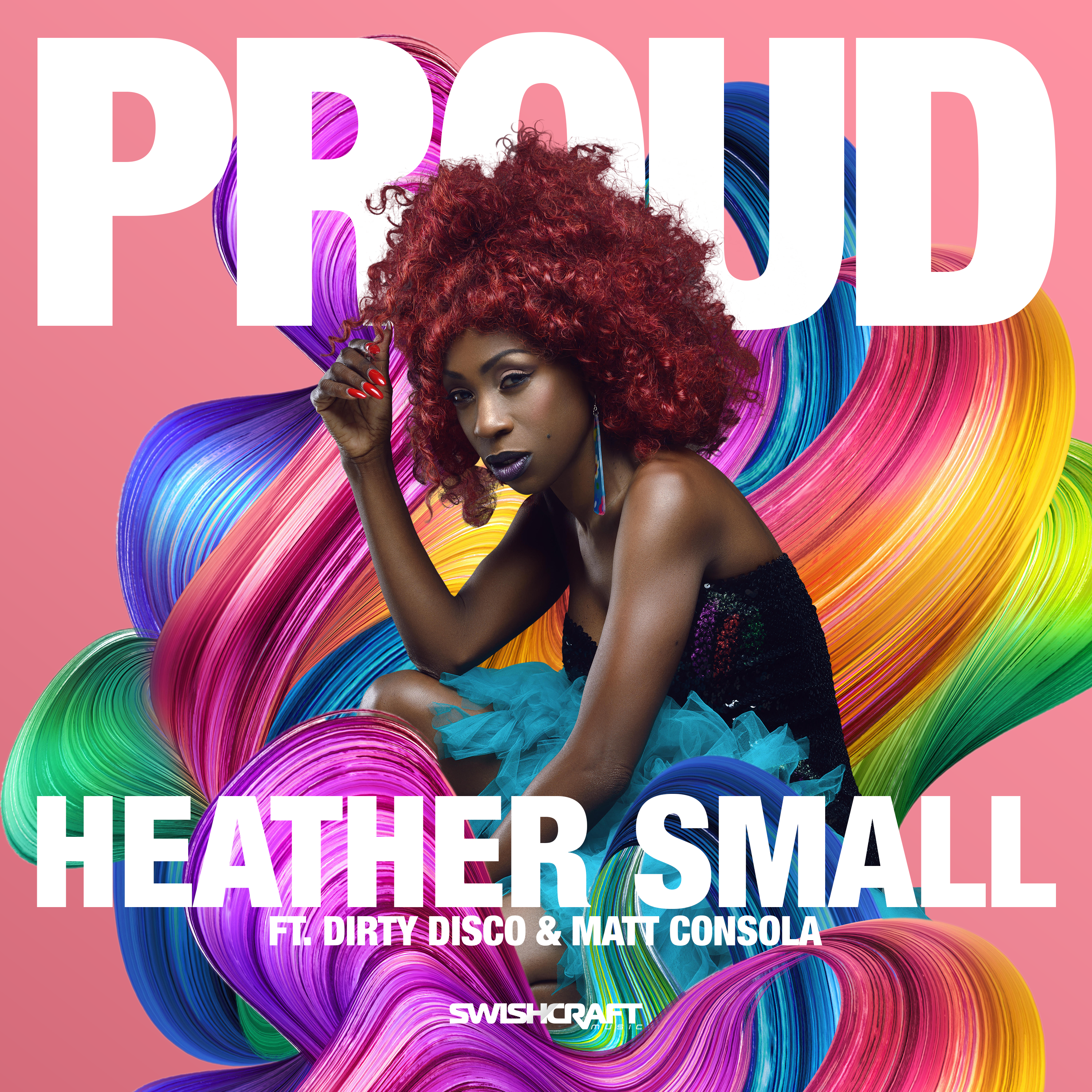 In May of 2000, former M-People lead singer Heather Small released the now-iconic single “Proud” that quickly solidified itself as the quintessential Pride Anthem of a new generation, as well as an inspirational theme for organizations and causes around the globe. Co-written and produced by Peter-John Vettese, the “Proud” album version peaked at #16 in her native UK charts selling over 200,000 copies and being certified Silver, while the club mixes went on to chart Top 5 on International dance charts including Billboard Dance and ARIA, and featured on soundtracks for pivotal television and motion pictures including Queer As Folk (USA) and Akeelah and the Bee. Heather has since had great successes with two solo albums – the title track of her ‘Proud’ album has gone on to become the soundtrack to a whole host of very special events including London’s successful 2012 Olympic bid, the 60th anniversary of VE Day in Trafalgar Square, the launch of Queen Mary 2, the Tsunami Relief Concert, England’s victory at the Rugby World Cup celebrations, and the official ceremony marking the handover of the Olympic Games from Beijing to London.

And when Oprah Winfrey was looking for a song to sum up the work she’d been striving to achieve over her twenty-year career, she got in touch with Heather, who somehow managed to squeeze in a trip across the Atlantic to perform on the show right in the middle of her last UK tour with M People (‘If Oprah calls, you go!’ she laughs, adding that the first lady of chat was ‘very sweet to me’). Swishcraft Music would like to take a moment to thank some special people who helped make this project happen. Amanda Price and Jenni Price of the Portland-based band THE AM (Acoustic Minds) for their exceptional backing and choir vocals. Hal Gerard-Filiar and Don Filiar-Aguilera for their rhythmic assistance for the choir. Simon Harrison, Frank A Ceraolo, Harry Towers, Rafael Mesa, Peter Barona, Eric Jenkins, and all of the DJ’s, promoters, record pools, radio, and dance music fans who have supported Swishcraft Music over these last 9 years. That makes us feel Proud! XX ❤️❤️❤️

Update: As of World Pride Day, Sunday, June 30th, “PROUD” The Club Remixes were #17 with a bullet on the American Billboard Dance Charts.

Heather Small is currently on tour through 2020 selling out dates on her Heather Small, The Voice of M People tour. For the most updated list of cities, please visit her Bands-In-Town page and be sure to sign up for email alerts so you know when she’s coming to a town near you. And be sure to visit and follow her Instagram page for live performance clips from those shows.