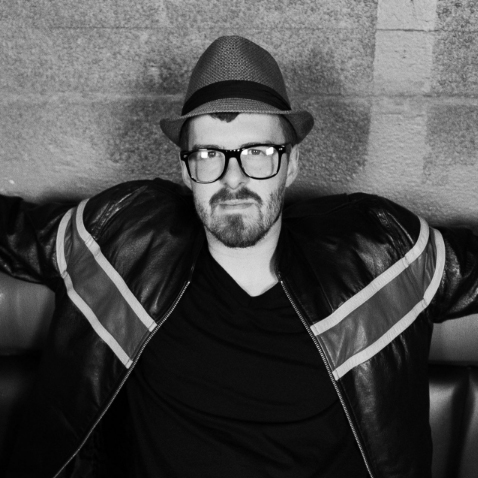 His solo productions are new, inspiring, and embrace genres like synth pop, alternative dance, and dubstep while also being multilayered as if the listener is in the middle of an epic movie soundtrack. It is difficult to put his music into just one genre, but his productions are frequently driven by piano and string melodies that frequently build and breakdown while being topped off with electronic rhythms, soundscapes, and powerful vocals. From ballads to musical scores fit for feature films, Aaron can bring his heart and soul to his songs in a way only he can do.

As a singer-songwriter and pianist based in Portland, Oregon, Aaron’s musical career began with his passion for the piano and his love of singing. From a young age, he was writing and recording songs with bands and one of his songs was picked by Teen People Magazine for the ‘What’s Next?’ music competition in 2002. A few years later he began studying at Full Sail school of recording arts in Florida. After graduation, he worked with various artists in Los Angeles, and back home in Portland. In the meantime, his first solo album titled “Debt Relief” was completed in 2008 and later on, he would begin working with artists in Portland including the Acoustic Minds, Portland’s 2009 best female artists.

As a founding member of the prolific Portland-based band “Acoustic Minds” (also known as The A.M.),  the band has released albums “Live From The Living Room”, “Live @ Mississippi Studios,” ‘AM Radio,” “Electric Sol,” and “Bootlegs Vol 1.” As a solo artist, Aaron released the album the Debt Relief Project in 2008 and “Start Right Here” which dropped in 2013. Arron is currently working on new solo material for release in 2019.

In 2018, Aaron partnered with Remix Producer and Swishcraft Music Label owner, Matt Consola, to form the production team of Matt Consola & Aaron Altemose. Specializing in club mixes that take a larger and grander approach to production, the MC & AA sound is a fusion of UK Groove House, American Tribal House, combined with Aaron’s multi-layered approach to building sweeping soundscapes. Kicking off in the spring of 2019, the public will begin to hear the first of these remix productions for artists including Zed & Katy Perry, Silk City & Dua Lipa, Heather Small (The Voice of M People), Dirty Disco feat. Brenda Reed, Division 4, Brett Oosterhaus Ft. Kalia Medeiros, Testone, and Katherine Ellis, one of the most respected and versatile vocalists and topline writers in the dance music industry today, and a founding member of the band Bimbo Jones. In addition, the team plans to release original productions kicking things off with the release “Every Moment,” penned by Consola along with singer-songwriter and multi-Grammy-nominated dance music legend Janice Robinson of the band Livin’ Joy.