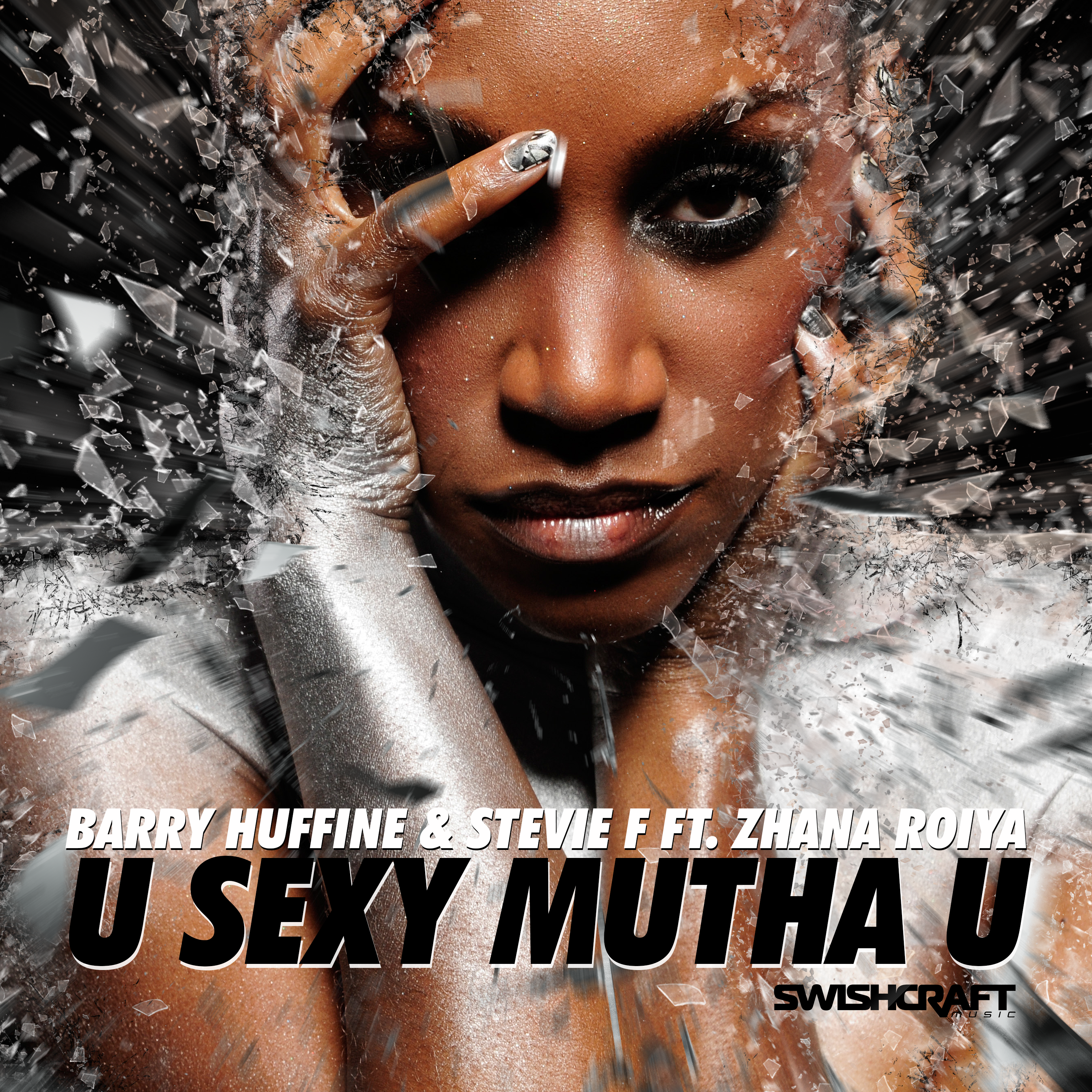 Zhana Roiya Gets Dirty on the Dancefloor with
“U Sexy Mutha U”, The Follow-Up to Her Billboard #1 Zhana Roiya returns to the dance floor with “U Sexy Mutha U,” the follow-up to last summer’s “Lick Me Up,” her #1 Billboard smash produced by Tony Moran and Dani Toro. Written and produced by Barry Huffine and Stevie F, with additional keyboards by Kris Nicholson, “U Sexy Mutha U” is a high energy retro pop record infused with gospel house. “I drew inspiration from KC and the Sunshine band for the track,” explains Roiya. “I’ve always loved how they made songs that made ya stop what you were doing with a hypnotic and infectious hook. I wanted to capture that essence in the song.” “U Sexy Mutha U” by Barry Huffine & Stevie F Ft. Zhana Roiya will be available on iTunes and all music streaming services on February 9th, just in time for Valentine’s Day.

“‘U Sexy Mutha U’ continues our quest to release richer, well-written and more complex tracks that are not simply flash in the pans but have the ability to stick around for years,” says Matt Consola of Swishcraft Music, the label releasing the single.

At the first listen, the mainstream radio potential for “U Sexy Mutha U” is obvious. The first collaboration between producer/songwriter/remixer DJ Barry Huffine (Maroon 5, Kat Graham, The Housekeeperz) and songwriter/producer Stevie F – who, along with former collaborator Shep Pettibone, had his hand in the writing, production and remixing of some of the biggest early dance and radio hits for Madonna, Labelle, Real McCoy, and other leading artists — is catchy and has an overall feel-good vibe. Stevie F’s explosive lyrics with Barry Huffine’s finely tuned production combine to give the song a depth that Zhana is able to sink her teeth into. “We wanted to create a song that was catchy and that anyone could relate to,” explains Stevie. “What’s more universal than desire? There’s a time in everyone’s life where their eye catches someone with a crazy sex appeal that really revs up their motor; someone they can’t stop thinking about who they want to be with.”

“I had been wanting to work with Zhana on a project for years” adds Huffine. “Everyone in the Dance Music scene knows how she’s able to deliver a lead vocal that’s on point with sweet harmonies that are simply amazing”. Consola agrees. “If club fans had any idea how many massive club hits Zhana’s been on through 90’s and 2000’s, under various names, it would blow them away.”

Zhana Roiya’s soaring vocals turn “U Sexy Mutha U” into an anthem that club fans will want to sing at the top of their lungs, simply because it feels good to do so. The song stirs a wide array of emotions from silliness to sexiness. It is hopeful yet, at the same time, takes no prisoners.

It’s that same complexity that allows the song to be remixed into various genres so a lot of dance floors can enjoy the track.

According to Consola, “Remixing is often the hardest part of putting out a dance single. All too often, labels release a slew of remixes in various genres just to try to force their way to every different type of dance floor, from Deep House to Tech House, EDM, Nu-Disco, and Circuit. While that’s all part of trying to make a dance hit, few songs lend themselves to so many genres.”

Each mix offers an interpretation that takes the original into new and exciting territories.

“Clubs need a song like ‘U Sexy Mutha U’ right now because global current affairs are so dark and bleak,” continues Consola. “All this division is taking a toll. We need uplifting music we can escape into. Like the great Inaya Day says, sometimes you need to ‘Take Your Problems to The Dance Floor,’” he laughs.

“Believe it or not, I first heard the hook of ‘U Sexy Mutha U’ in a dream,” reveals Roiya. “As soon as I woke up, I recorded it on my phone and waited for the opportunity when I could lay down the track in a studio. I know in my heart that ‘U Sexy Mutha U’ will be a song to define the year ahead.” New York’s, GET OUT MAGAZINE