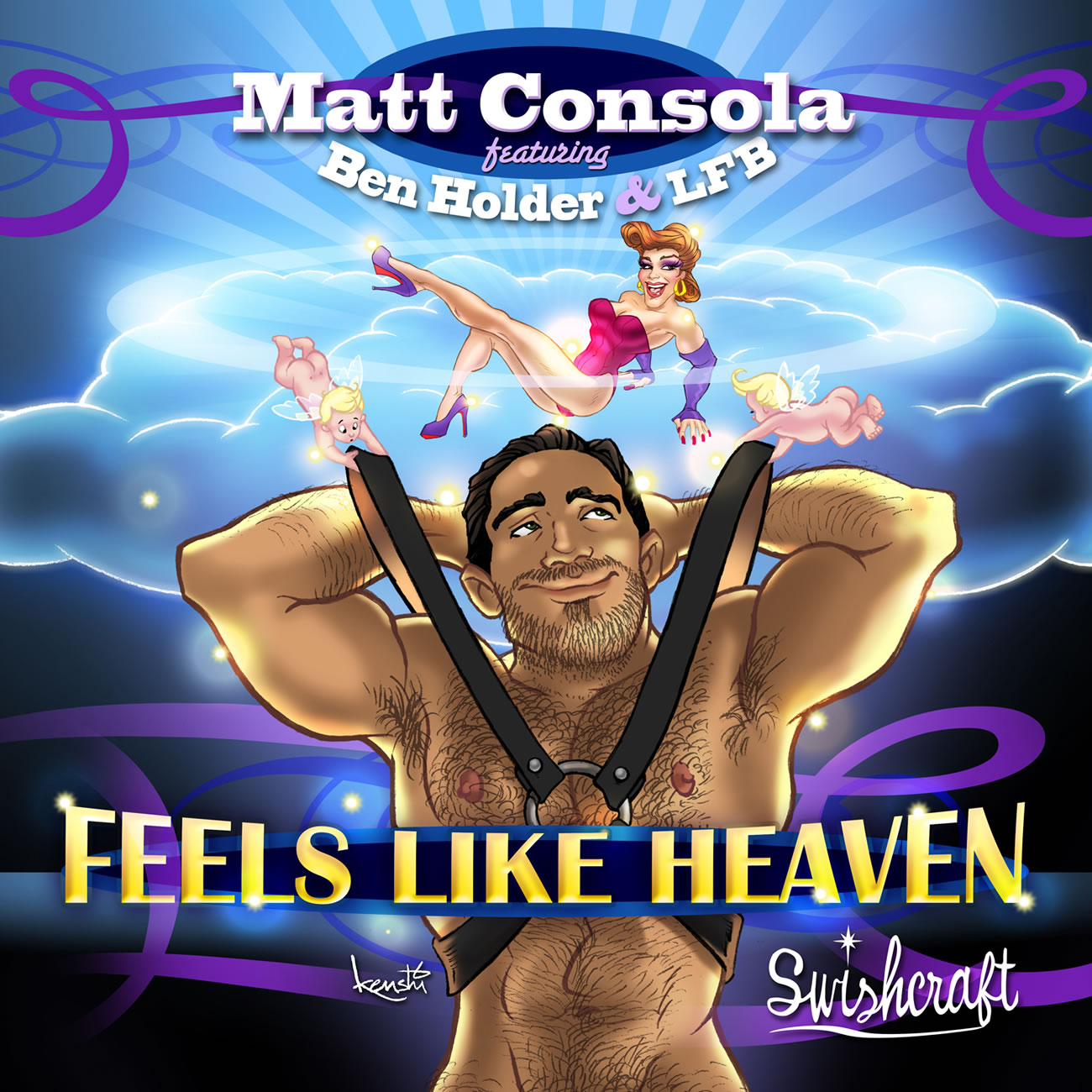 Matt Consola & LFB, the veteran producers behind Swishcraft hits “Midnight” and “Coming Back” release the follow up single “Feels Like Heaven.” Teaming up with Ben Holder, front man for the San Francisco based Glam Rock band Ejector, the trio give us powerful 2012 take on the 1982 Fiction Factory New Wave classic.

Feels Like Heaven features a dynamic remix package by some of the industries top remix and production talent. The Swishcraft Original Remix by Matt Consola & LFB, is a Electro Pop take on the classic track while the Joel Dickinson Club is a peak time circuit club stopper. Dbeatzion Records’ Cristian Poow takes the track into darker Progressive House territory while The SpekrFreks deliver a their signature harder Electro style that have made them rising stars on the scene. San Francisco’s Chubby Fingers are also back for a Tech-House take that is sure to be another fan favorite. And rounding out the package is Atlanta DJ & Producer Sean Mac providing a dramatic Peak Time House Anthem.

Ejector’s singular brand of glam pop goodness will get you out of your seat, out of your head, and out on the dance floor.

Since the band’s inception, founders Ben Holder (lead vocals) and Ricky Terry (keyboards/vocals) have been producing and refining super-addictive pieces of electronic pop. By 2009, ejector had four singles to their credit, including “Get Out,” a download and video sensation. The pair then further dominated the charts and hearts by releasing “Baby Jane,” the title track to the feature length film directed by Billy Clift (starring Matthew Marting, Conrad Frank, Mike Finn and the legendary Heklina). Ejector then followed up their hit by adding production whiz Scott Naylor (keyboards/guitar) to the mix in 2010, and the trinity of glam pop was realized. Press ejector to disclose their influences, and you will hear tales of dark noir films, steamy cabarets, and futuristic science fiction novels.