This is a special “No Cover Charge” Pride event!

And remember, “Dress to Impress” makes the night that much more fabulous!!!

DIRTY DISCO IS A QUEER, GENDERQUEER, & NON-BINARY FRIENDLY PARTY WHERE ALL ARE WELCOME!!

Bought to you by Swishcraft Music, Dirty Disco Music, & Shine Distillery, as well as our special sponsors CueTheMusic.online (America’s hottest new dance station) and BearsLooking.com (The Better App for Bears). 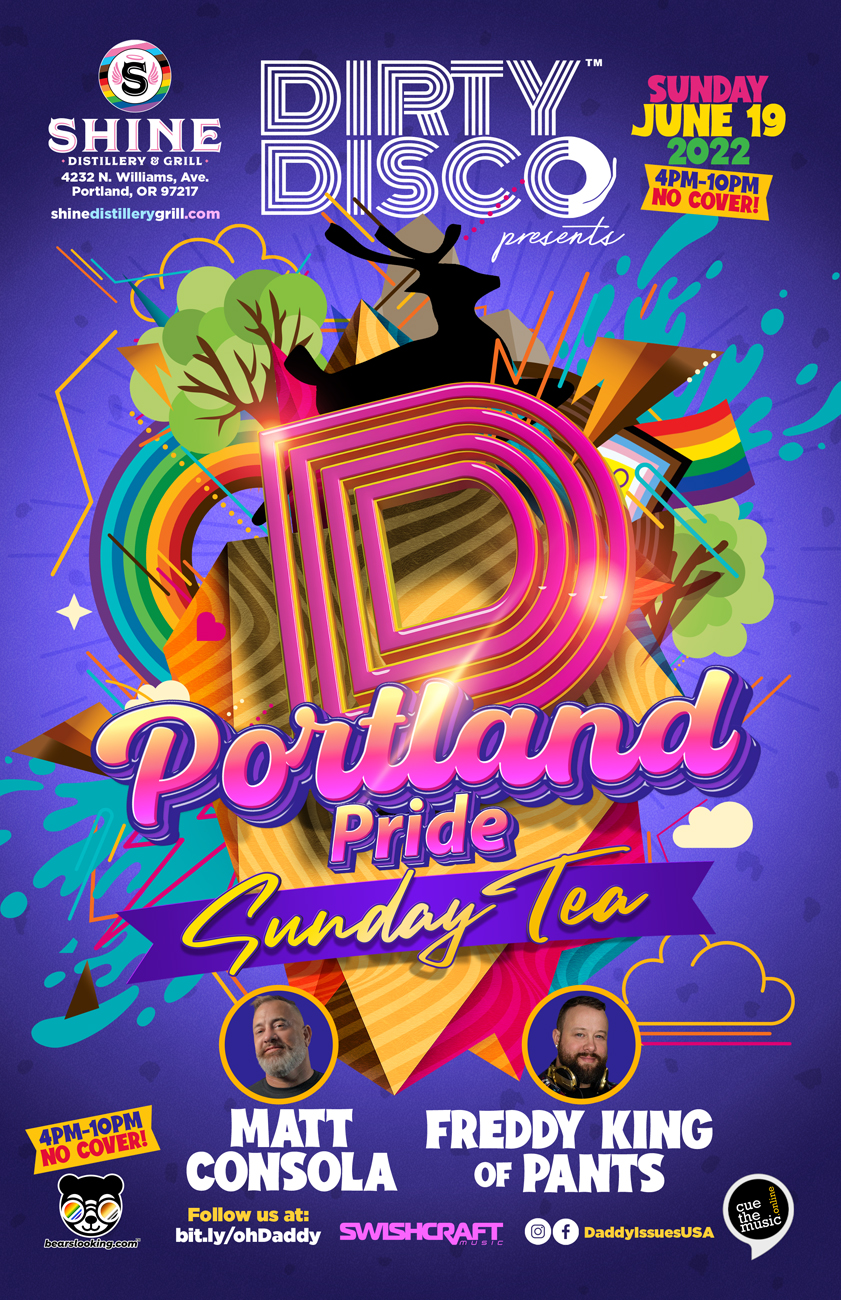