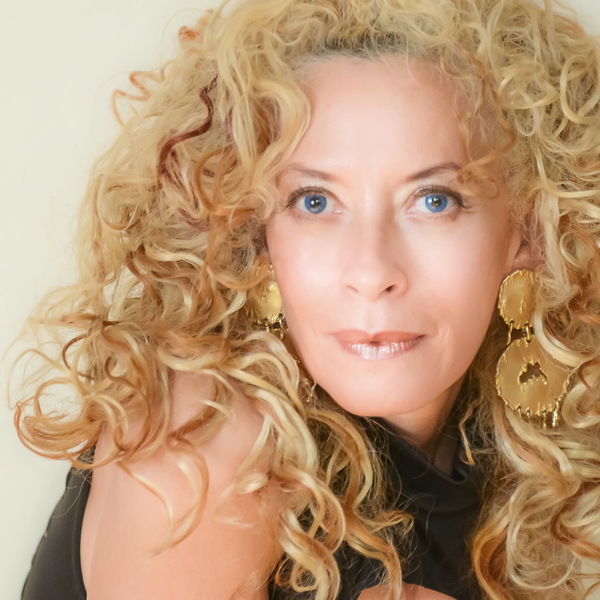 Vicki Shepard is one of America’s most talented performers. With her unique and gutsy powerhouse vocal she is one of those true divas of the 90’s who has stood the test of time – as popular now as she was when her debut releases “Somewhere”, “All I Ask Of You” and “Never In A Million Years” reached the US Top 10 and UK #1 in 1991 while “Love Has Changed My Mind,” ‘Let Me Take You Dancing,” ‘Hold On To My Love,” “Bring On The Boys / Rofo’s Theme” and a cover of “Disco Inferno” also topped the Top 5 of both the US & UK Club and Energy charts making Vicki Shepard one of the only dance artists in history to have Eight #1 or Top 10 clubs hits in a short Two year period.

Vicki is an artist who really cuts it live! Constantly in demand for personal appearances the world over, Vicki may best be known for her sheer furor and raw energy poured into every performance. While extensively touring Europe, Asia, and The States, tour highlights found Vicki headlining such internationally renowned Mega-venues as Nottingham’s “MGM”, London’s “Hippodrome”, “Heaven”, “Limelight” and “The Palace.” Stateside, Vicki headlined America’s largest 3 day outdoor event “Hotlanta” and America’s largest Street & Pride Fairs, San Francisco’s “The Folsom Street Fair” and 1996 SF Pride Festival which annually attracts audiences of 500,000. Vicki’s reputation as a live performer is cast in stone. Her empowering attitude and commanding stage presence cannot be ignored. She brings a passion and warmth to each and every performance that makes Vicki Shepard a true Mega talent!

As the featured vocalist for one of Britain’s wickedest and most sought after mid 90’s production teams The Sleaze Sisters (also known as WAND & The Candy Girls), Vicki and the Sleaze Sisters scored two #1 hits in 1995 & 1996 with “Let’s Whip It Up” and “Sex”, a Sylvester’s cover, which included impressive remixes by teams Red Jerry, Way Out West, and Wand. Later that year hit US dance team The Mighty Dub Kats also landed a Billboard Top Ten and UK #1 with “Ghetto Girl”, a track that heavily sampled Vicki’s “Let’s Whip It Up”. This success lead to a pairing of Shepard and The Ministry Of Sound for the single “Love Has Changed My Mind” which reached the US Top 40 on Ichiban Records and #2 throughout much Europe.

In September ‘99, Redzone Records (Producer team Keith Haarmeyer and Matt Consola) released Vicki Shepard’s “All I Ask Of You” 2000, the Y2K remake of her #1 chart topping 1991 dance single of the Phantom Of The Opera classic. With an exciting double 12” vinyl remix package featuring top remix teams such as Haarmeyer, England’s Majic and Germany’s Premiere Circuit & Trance team Cyrus & The Joker (of Sash! “Mysterious Times” and Dario G “Sunmachine” fame), the remix package also includes a re-mastered version of Vicki’s original 1991 version just for her fans.In 2002, Redzone Records released The Essential Vicki Shepard, a 12 track Greatest Hits Remixes collection that featured nine of Shepard’s #1 or Top 10 Billboard and World Wide #1 club hits, as well as two remixes of a new Haarmeyer penned single, “I Got A Feeling,” and a 2002 updated remix of “Never In A Million Years” by original producer and now Almighty Records remixer Mike “Majic” Coppick. An instant club favorite, “I Got A Feelin’” shot to the Billboard Top 10 and Shepard toured extensively. But like so many smaller labels, Redzone Records was forced to close their doors due to Peer-to Peer-File Sharing. But in 2007, Redzone Records, intent on relaunching the label in Digital Form only, released a very limited set up updated 2007 remixes of ‘I Got A Feelin’” with new mixes by Tony Moran, Ralphi Rosario and the team of Blaine & Barona. The Redzone team split later that year to pursue separate projects.

In 2010, Shepard signed on to the roster of Swishcraft Music, a new label helmed by longtime friend and producer Matt Consola. Debuting in early 2011, Swishcraft dedicated itself to releasing singles that “brings the fun vocals and melodies back to an industry that’s gone very dark,” says Consola. Shepard and Consola are collaborated on both a new dance single as well as a just released holiday single, a jazz version of the Christmas standard, “What Child is This?” produced and arranged by Matt Consola and Leo Frappier. Like all of Shepard’s singles, “What Child is This?” is available world wide on Itunes, Amazon and many other services. Shepard debuted the single at the three date, 18th annual Songs of The Season shows at the Razz Room in San Francisco November 29th – December 1st. Hosted by founder Donna Sachet, Songs of the Season features many contemporary dance and jazz artists performing Holiday classics, and benefiting local San Francisco charity AEF.org. The  jazz holiday cover of What Child Is This? which shot into the top 10 of the iTunes Holiday charts. Later in 2012, Shepard went back into the studio to flush out the Cool Yule mini album of Holiday hits including “Baby, It’s Cold Outside” ft Robby Young, “Santa’s Blues,” “Boogie Woogie Santa Claus,” and updated version of “What Child is This?” and title track “Cool Yule.”

In the summer of 2014, Swishcraft Music released a new original club single “When Love Comes Calling” with a fantastic array of remixes by top remixers from around the globe. A track that had been kicking around in demo format since 1999, ‘When Love Comes Calling” was finally recorded and released, having only ever being performed live once. But the new single is just one step in the fiery club comeback for Shepard. On October 21st, 2014 an EP called Vicki Shepard – Classic Hits Revisited hits stores. Featuring 13 updated remixes of a handful of her biggest club hits, this EP will feature remixes of “Somewhere” by Paul Goodyear, “Sex” by Liam Keegan, “All I Ask of You” and “Never In A Million Years” updated by Cristian Poow, and “I Got A Feelin’ ” updated by the team of Jose Spinnin’ Cortes & Chris Stutz, as well as Liam Keegan, and the team of Big Kid & Brian Cua. All updated classics were updated from the original session vocals.

But this all leads up to the grand release of Vicki Shepard – The Remix Anthology (#1’s, Club remixes and more).  Unlike the previous Redzone Records era greatest hits album, The Essential Vicki Shepard that was limited by a 80 minute CD format,  Vicki Shepard – The Remix Anthology is an impressive Thirty-Six track digital release or 4 CD set of every official single release, labeled and offered in chronological order, kicking off with December 1989’s “Somewhere” all the way through 2014 ‘When Love Comes Calling.” Each classic 12″ release has been digitally remastered and in most cases one or even two additionally popular or extremely rare club remixes, many only ever available on 12″ vinyl, are also included as bonus offering. And as the compilation visits the current 2000’s, you’re also presented with a handful of Vicki’s most popular holiday and jazz & blues singles, including Vicki’s most requested live track, “Long John Blues (Dr. Long John). The only new production on the Anthology is track #1, the Paul Goodyear produced “Sunrise at The Saint Mix” of “Somewhere.” As Vicki’s debut at The Saint in New York was also the clubs last live performance before the club was retired, it seemed only fitting to kick off with a Saint inspired mix of ‘Somewhere’ for the club that kick-off Shepard’s club career. The Anthology ends with a rare 1999 demo that became the 2014 club hit, “When Love Comes Calling.” For any Vicki Shepard fan, this is the definitive collection.