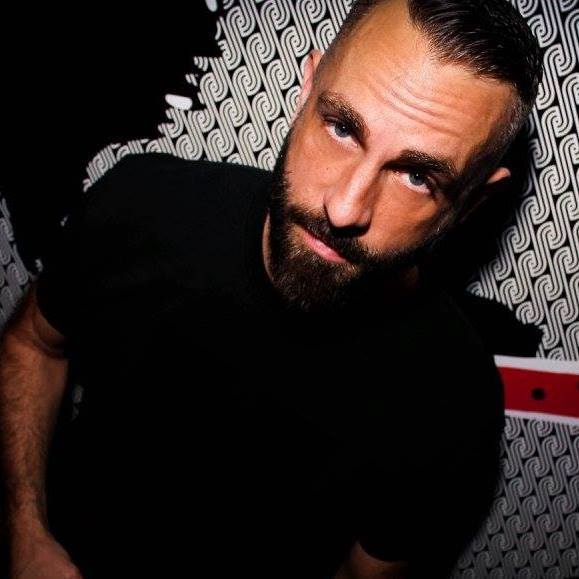 Tom Stephan is an artist who truly marches to his own drum. The US-born UK-based DJ has been in-demand internationally for well over a decade. Tom has headlined the world’s most highly regarded parties and clubs from Pacha NYC to Stereo Montreal to Ageha Tokyo, while holding down residencies at BRUT and BEYOND in London and Matinee Barcelona.

In the studio, he’s among the most accomplished, with a discography of original and remix work that reads like a who’s-who of global dance music producers: from Basement Jaxx to Beyoncé, Missy Elliot to Major Lazer. Most well known for his “Superchumbo” moniker, Tom sound was born out of the NYC after-hours scene and has now merged with his home base in East London.

Never one to accept complacency, Tom has embraced the creative advantages of using Traktor as his DJing “instrument.” This full-fledged flexing of technology allows him to create an unrelenting dance-floor experience that is unrivaled in terms of intensity, creativity, and fluidity. Come hear for yourself why Tom Stephan is heralded as one of the best in the game. You need a sense of humour if you are to survive in this lark and anyone who names themselves after a brand of petrol could reasonably be described thus. (For those of you not fluent in Portuguese  and shame on you if you arent  Superchumbo roughly means Super-unleaded petrol in Portugal, something that has caused outbreaks of uncontained mirth among the Iberian Peninsula DJs.) Still, its an improvement on Tom Stephan’s previous moniker, Tracy & Sharon, which caused such confusion over the years that folk kept asking, So if youre Tracy, wheres Sharon? There never was a Tracy or a Sharon, only a Tom.

Its the sort of twisted outlook on life that can only be attributed to someone raised on a strict diet of John Waters movies and Nitzer Ebb records. Born and raised in a teeny town, Olean, outside Buffalo in upstate New York, Stephans path from there to here has been strewn with the detritus of a life lived on gas mark 11. Having resisted houses winsome charms in favour of his beloved Nitzer Ebb, Depeche Mode and other electronic bands of that ilk, he was lured to the Sound Factory in New York by a friend. I wasnt very keen on it, recalls Tom, because I didn’t really like the idea of house music. Anyway, he took me to there and I was totally converted overnight into a house head.

Shortly after his revelatory experiences with Junior Vasquez, Stephan moved over to the UK to study. Bizarrely, the first day in class I was sitting next to this girl and we got talking and she was like chums with Nitzer Ebb and they were doing a show that weekend at Subterania, says Tom. So the first week I was here I was hanging out with the band. I thought, right, I like it here. The studies were less successful, though Stephan eventually graduated from the London International Film School. His Factory experiences had given him a thirst for house, something that was largely sated at Trade, though he readily admits there was still something not quite right. I realized that there was something I got at the Factory that I couldn’t find here, he recalls. It was a different thing, going to hear Junior. I guess thats why I wanted to try and bring a little bit of that flavour here. On the gay scene at least, no-one was trying to do that.

It was shortly before graduating that he got his first single deal with Paul Cons Flesh label, Filthy Hetero by Sharon & Tracy, which did pretty well in France, though it fell short of a Top Of The Pops appearance here. On graduating, without a UK work visa, he had few options. I thought, I can be a drug dealer, a rent boy, or a DJ, he laughs. And, as someone pointed out to me later, theyre all pretty much the same thing. Fortunately, he invested in a pair of decks and quickly secured his first gig, a bit of a dream date, in fact, at the Ministry of Sound, opening for Danny Tenaglia (apart from the fact I only played for about 20 minutes). More importantly, it was the start of a friendship with both Tenaglia and Tribal America head Rob Di Stefano, which continues to this day.

A compilation Drag Addict, a collection of New York-style bitch tracks  followed, a debut single as Superchumbo (Get This) on Twisted, while a five year a residency at Substation in London confirmed a growing reputation, as well as providing a solid grounding as a DJ. Says Tom: That gave me a lot of experience of different situations. Like trying to get three people in a room on to the dance floor, or being given the opportunity to build up a following. Although SubStation was small, I really pushed for a weekly spot where I could play for five hours and it was great, because its hard to get an opportunity like that.

Fast forward to now and the sound that Tom has persistently championed in the UK has at last found favour on dance floors here. I feel like Im in a good position because suddenly the three Ts (Tenaglia/Twisted/Tribal) sound is very fashionable at the moment, there are a lot of people jumping on it and having been playing it all along, I feel I’ve got a great back catalogue to draw on. Hes not wrong. The new single on Twisted, Revolution, has of course been causing a kerfuffle on dance floors worldwide and has led to bewildering array of remix offers, bolstered by his genre-twisting housereading of Missy Elliotts ”Get Ur Freak On,” though Stephan still sees himself as a producer more than anything.  I can see the appeal of it  people offer you loads of money  but its not a direction I want to go in, says Stephan of his remix offers. But I dont want to become a remixer. There is the small matter of the Superchumbo album, presently in gestation, and his collaboration with Danny Tenaglia  Ova  that has taken longer than an elephants pregnancy to come to fruition, though an end is apparently in sight. Not bad for a bloke named after a type of petrol!