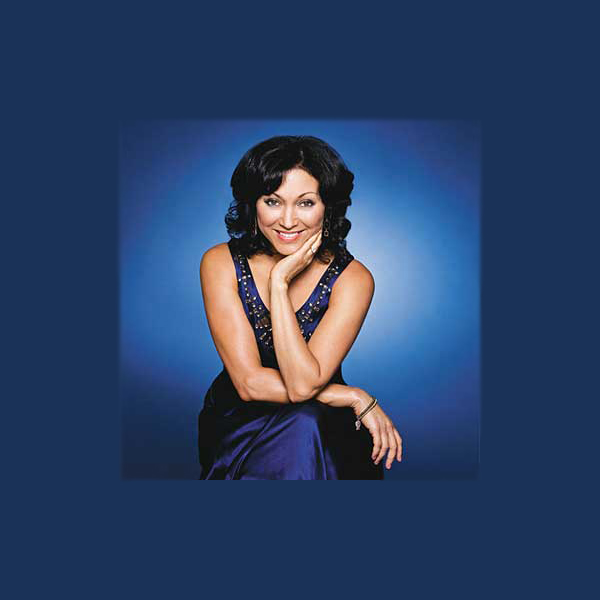 In a career spanning more than thirty years Tina Cross has a power-packed list of credits, from first place win in the 1979 Pacific Song Contest and a Royal Command Performance in 1980, to Best Theatrical Performer in 1995/96. Tina has performed throughout Asia, UK, USA, Australia and New Zealand appearing alongside stars Sammy Davis Jnr, Meatloaf, the Village People and Tom Jones, amongst others.

She has won a host of awards including, Rising Star, Most Professional Performer,  Top Female Vocalist and an Australian Johnny O’Keefe MO. With two successful albums and several hit singles already under her belt, the 1980s also saw Tina headlining on TVNZ and BBC Television with her own series and specials. Further record success topping Australian and German charts with her Australian rock band, Koo De Tah followed – this was the result of 9 years hard work while based in Australia during the 1980s.

As recently as 1995 Tina ventured into Musical Theatre and received rave reviews for her performances in The Rocky Horror Show and Cats. During that year Tina also recorded a CD of songs from musicals dueting with fellow cast members of Cats and Rocky, produced by Carl Doy. Tina donned the hat of producer and co-produced and performed in a short season of Kander and Ebbs, “The World Goes Round,” staged at Auckland’s Harrahs Sky Theatre in January 1997. Tina stunned Melbourne audiences with her portrayal of evil stepmother Dahlia Kensington, in the Kevin Jacobson in association with Michael Jackson production of “Sisterella”in 1998. The Melbourne Age called her magnificent and mesmerizing while the Herald Sun hailed her as the onstage star of the show.

As theatre Madam, Tina continued the tradition when she starred as Roxy Hart in the 2001 New Zealand tour of Chicago and then in 2005 when offered the role of Velma Kelly in yet another touring version of Chicago, this time starring withMichael Barrymore, Tina simply said, “both leading ladies, hell yes”! In 2003 she toured New Zealand with the UK cast of Boogie Nights and in 2004 she took on the ultimate challenge when she played Beth Heke in the musical stage version of the New Zealand classic, Once Were Warriors. Just when Tina thought that theatre might be slowing down for her, she reprised her role as Grizabella in Amici’s 2009 production of Cats. Once again, the critics raved about her rendition of ‘Memory’, now one of her signature songs. In 2011 Tina played the role of Gigi for the North Shore Theatre production of Miss Saigon in one of her favourite NZ venues, Aucklands Civic Theatre. Age has no limit for Miss Cross!

Tina has been a judge on several of our popular TV shows including McDonalds Young Entertainers, Showcase, Smokefree Stage Challenge and vocal coach on TV2’s Do You Wanna Be A Popstar. Her television appearances are truly wide, many and varied and while Tina is known as one of New Zealands top jingle singers, was the voice of the Shortland Street theme song, she has also enjoyed performances with the Auckland Philharmonia Orchestra, the Christchurch Symphony and the Dunedin Sinfonia, in recent years. She has been a favourite performer of the Starlight Symphony series, Coca Cola Christmas In The Park and Rotoruas Lakeside.

In 2007 Tina was awarded the Queens  ‘Order Of New Zealand Merit’ ( ONZM), for her services to the Music Industry and in 2008 Tina demonstrated her dance talents in TVNZ’s Dancing With The Stars. This was followed by an NZSO Nothing But Dreams tour featuring Tina and Carl Doy as a tribute to 30 years, since their Pacific Song Contest Win.
During the past 7 years Tina has continued to perform with Jackie Clarke, Suzanne Lynch and Taisha in The LadyKillers, a combination of 4 of New Zealands most experienced women in entertainment. The LadyKillers released their debut Album in 2009 and after Taishas departure from the group the LadyKillers now share the stage with special guest, the fabulous Annie Crummer.

In May 2013, Tina and fellow entertainment industry specialists, Shane Cortese, Nerida Cortese and Mark Dennison launched The Mentors, an online business offering help, advice and constructive criticism to singers, dancers, actors and musicians. The Mentors also provide an annual face to face workshop in each of New Zealands major cities, to all of its members. Set to give our aspiring performers the low down and the edge, watch The Mentors space!