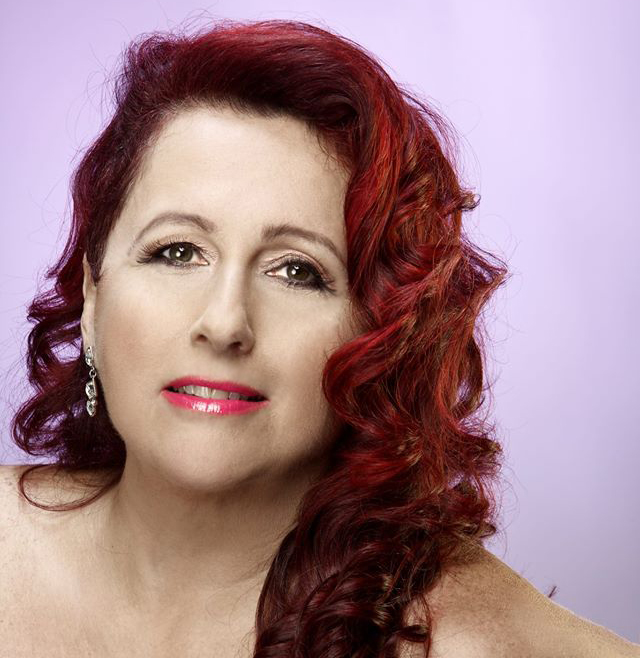 Shauna Jensen is one of Australia’s premier female vocalists. She has been a mainstay on the Sydney music scene for almost 4 decades, having worked alongside mainstream rock acts, singing commercial jingles for TV, radio and cinema, countless TV appearances and many many live shows. Shauna has recorded singles with many Australian and International DJ’s. This has led Shauna to appear in 4 main shows at the Sydney Gay and Lesbian Mardi Gras (among such famous alumni as Chaka Khan, Kylie Minogue, Danni Minogue, Adam Lambert, Kelly Rowland) Shauna has also sung the main show at the now famous Harbour Party part of the Sydney Gay And Lesbian Mardi Gras festival.

Shauna has toured dance clubs and parties in London, Rome, Los Angeles, Chicago, San Francisco, Sydney, Melbourne & Brisbane. She has hosted Fair Day for MG and has appeared time and again for many HIV charities, including: BGF, AIDS TRUST & ACON.

Shauna has headlined 4 main shows at Sydney’s Mardi Gras Party and has 3 times been a headline act at the Legendary Harbour Party. She has also performed in the opening ceremony (alongside K D Lang and Jimmy Somerville) and headlined the closing show of Sydney Gay Games 2001. She has hosted the main stage at Fair Day (Mardi Gras Sydney) several times and performs at most gay and lesbian venues in and around Sydney. Shauna has headlined at Victoria’s Daylesford Festival, that state’s largest Gay and Lesbian event.

Shauna has also hosted the Mardi Gras parade for the Bobby Goldsmith stand, an HIV charity that she supports all year round, and is a committee member for the BGF Bakeoff which raises thousands of dollars every year.

Shauna has received 2 acclaimed “DIVA” awards in Sydney. The first being in 2006 for “Outstanding Achievement by an Individual” for her tireless charity work, the 2nd in 2008 as “Female performer of the Year.”

Her recording career has seen her record several dance floor hits, including “TAKE ME TO HEAVEN” with DJ Paul Goodyear and the remix by Uber DJ Wayne G (UK) featured in the US version of “Queer As Folk”.

Shauna has recorded several tracks with DJ Wayne G including: R.E.S.P.E.C.T. available on the album REMIXER on iTunes now EVERYTIME Almighty Records UK GIVE ME A BREAK LOVEFOOL (Peachy Records Aust) and “When You Talk About Love.”

Shauna has recorded several tracks with DJ Wayne G including:
R.E.S.P.E.C.T. available on the album REMIXER on iTunes now
EVERYTIME Almighty Records UK
GIVE ME A BREAK
LOVEFOOL (Peachy Records Aust)
and “When You Talk About Love.”