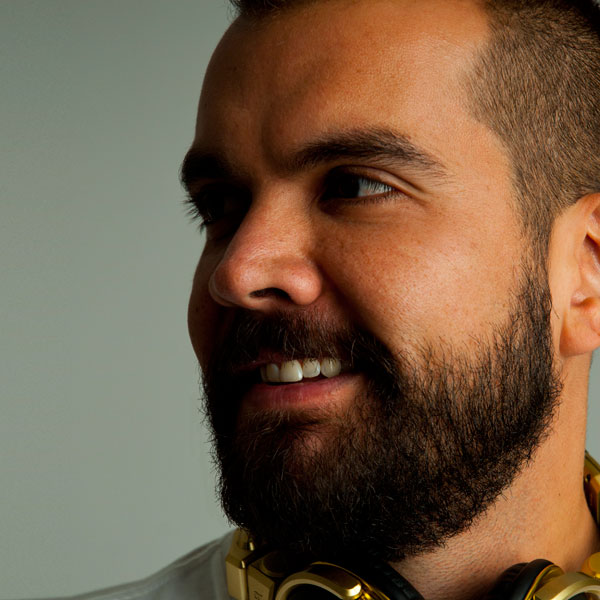 Saul Ruiz is an internationally acclaimed producer and remixer.

Saul Ruiz, born in 1982 in Guadalajara, Mexico, started getting involved with music at the age 10. Childhood piano lessons sparked an early interest in music and after experiencing a sound check at his uncle’s nightclub during a day visit, an instant connection to “Dance” music was made.

Love for music also led Ruiz to join his school-band for five years. Here, he learned to play the tenor sax. Armed with pair of handed-down turntables from his dad and a huge disco record collection from his mom, Ruiz started on his music mixing journey. Much practicing and polishing of his mixing skills, led Ruiz to became a part-time Deejay at the age of 17.His involvement in his school band continued into high school where he switched out the sax and started to play the bass guitar.

After starting a web-design company, he thought it would be a good idea to produce web pages with original music. In 2007 he then joined Nopal Beat Studios for an electronic music production course that changed his life. He discovered his dream and also a way to pour all those ideas that had been flying inside his head. It didn’t take long for his first release “Tell Me The Truth” (a hidden meaning behind the title some say) under Bearlin Records. Leaving all that behind, he moved to New York City to pursue his dream of becoming more involved in music. In 2008, he decided to sign-up at The Institute Of Audio Research in NYC for the Audio Recording and Production program. Graduating with honors and as a mentor, Ruiz kept producing and remixing, but now with Audio Engineering skills under his wing. His mixes are now being played at many clubs and in different countries. Ruiz is now a full-time producer, re-mixer and audio engineer. Saul Ruiz is also one half of R2C2 a remix duo with production partner Corey Craig.