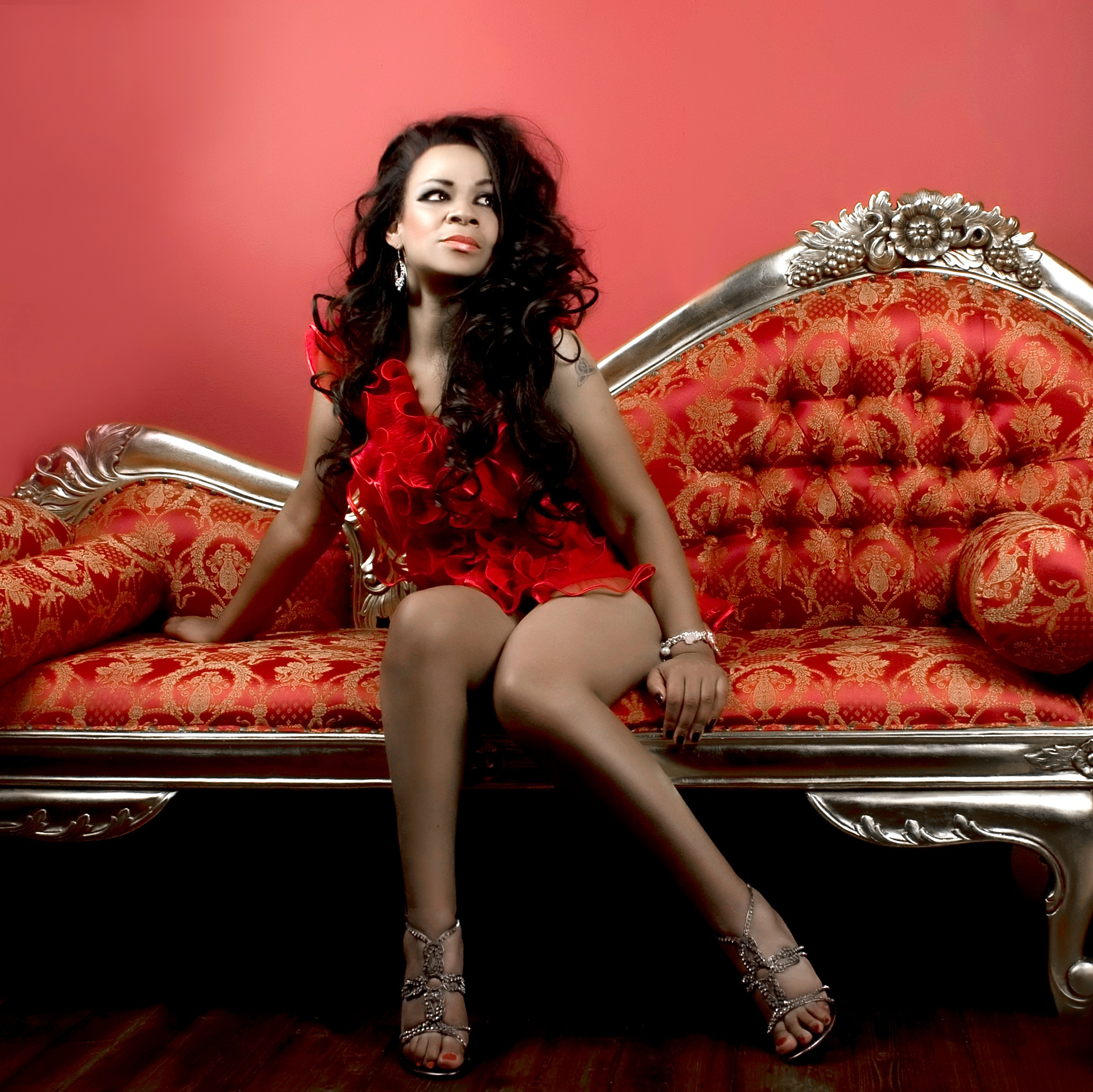 Rowetta is the secret voice on the 2009 Black Eyed Peas worldwide hit “Boom Boom Pow.” But to say she has collaborated with many of the world’s top house producers is a bit of an understatement as she’s been designated the most sampled female vocalist in house music.

She is the voice on the renowned 1989 track “Reach Out”, which has been sampled by many, including Steve Angello, DJ Zinc, and Todd Terry. Steve Angello and Laidback Luke used her voice for the hit dance tune “Be” which David Guetta and Hardwell often use it to open their dj and it is also used on the Steve Angello / Robin S hit “Show Me Love”. Rowetta wrote the original with Sweet Mercy and it continues to be sampled and played globally. Cheryl Cole sampled it on her Brits performance of ‘Fight For This Love”

Rowetta is the original female singer with the recently reformed Madchester band, Happy Mondays, singing on all their hits, and touring the world. She played herself in the Michael Winterbottom film 24 Hour Party People and was Simon Cowell’s favorite and the last lady standing in the very first X Factor in 2004.

She has collaborated with many of the world’s top house producers. Rowetta also sings with Peter Hook (Joy Division / New Order) and his new band The Light and was the lead singer on the EP 1102 / 2011. Rowetta is a big hit at all the UK Gay Prides including London, Manchester, and Brighton. She has headlined the infamous, G-A-Y night. Rowetta toured with the Hacienda party including Graeme Park, Todd Terry, Marshall Jefferson, Mike Pickering and many more. This included Japan, Thailand, Dubai as well as many parties in the UK. New Years Eve 2013 at the Albert Hall, Manchester saw her share the stage and sing with the legendary Frankie Knuckles.

Rowetta is involved with and ambassador of many charities. Passionate about Manchester, Rowetta fronted the ‘End The Fear’ campaign with Greater Manchester Police and continues to work with domestic violence support group.

Greco feat Rowetta: ‘BE’ was named as one of Billboard’s Top 20 House and Techno tracks of 2017. Currently touring the world (when possible) with Happy Mondays as well as performing solo. Days after the Manchester bomb, Rowetta was asked to perform on The Andrew Marr Show with a string quartet, as a tribute to the victim, Rowetta and Peter Hook led a minute’s silence at the opening of Glastonbury, before performing with Hacienda Classical and also perform a tribute at The Royal Albert Hall.

Yousef & Rowetta – ‘When We Were Free’ (Circus)