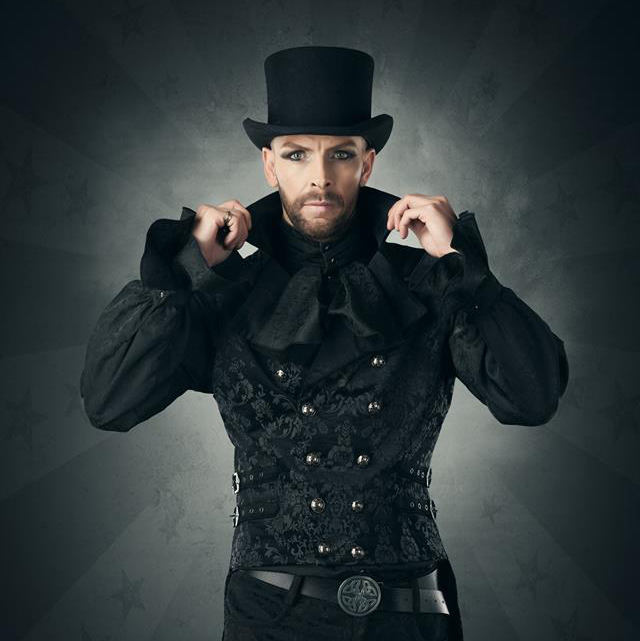 Ross Alexander is internationally known as a DJ and record producer. He has produced and remixed tracks for many artists over the last 25 years under his own name and the production names Boyz With Toyz and Northernbeat.

2015 saw Ross return to the studio, this time as a vocalist. He released his own version of the Dead Or Alive hit “Brand New Lover” which topped the Eurodance hits charts at NO.2. The track has since featured on countless compilation albums. Ross was invited to perform live at Maspalomas Summer and Winter Pride 2015, Newcastle Pride, Cumbria Pride, Brighton Pride Street Party and Edinburgh Winter Pride.

Ross is currently recording more tracks for his debut album which is due for release later in 2017.
He is working closely with remix teams StarLab, Matt Pop and Rinaldo Montezz to ensure an excellent end product. In the meantime his single “Kiss Me” was released in March and the video has notched up over 20,000 hits collectively.

Ross’s live shows are Hi – NRG influenced, dressed in dashing flamboyant outfits reminiscent of a decade we all love. His passion for music is legendary and it was over due for Ross to emerge from behind the mixing desk to showcase his exhilarating showmanship. 2016 witnessed live performances at The Royal Vauxhall Tavern, London, Sparkle in Manchester, Cumbria, Herts Pride, Walsall Prides, The Waterloo in Glasgow and Sparkles Showbar in Maspalomas.

2016 continues to be profile building and a new single has just been released which is an awesome cover of the 80s NO.1 Animotion hit “Obsession” which features guest vocals by Zoe. With excellent DJ response and NO.1 dance chart positions the rollercoaster will continue throughout 2017 with the release of Ross Alexander’s debut album.