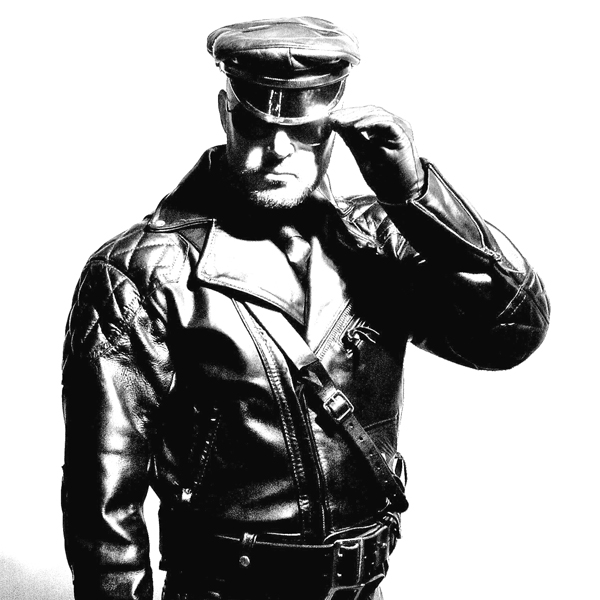 I Grew up in Derbyshire UK. My background is in fashion. I did a degree at The London College of Fashion studying menswear and fetishism, finishing with a first with honors.

Studying for degree in the arts does make you view things in a different way. It’s definitely made me look at music differently and affected the way I now construct a song, compared with the songs I wrote formerly.

I’ve been singing since I was a kid with my brothers and my mum who plays guitar. I used to make songs up but never thought of them as important as a child. I should have written them down as they were all done by memory. Since then I’ve written and recorded hundreds of songs. I was also involved in a male voice choir for a time, which taught me a lot about harmonization and how to use different vocal techniques. I have been in 2 pop bands; World Nation and Hideal and have also provided vocals on numerous tracks for different projects and various releases.

My current musical influences are so many! I especially like the band ‘Hurts’ and have felt a sense of real emotion at their concerts. I like how their arrangements work so well with the songs. George Michael is an early inspiration. I love Alison Moyet and how she uses her voice like an instrument, she writes brilliantly, phonetically and I’ve probably learned more from her than anyone. Her ‘The Minutes’ album is my current favorite.  I tend to follow artists who also write. I try to be original when I write songs and I use the whole of the range of my voice right up to the falsetto, down to the bass.

Why did I decide to write an album?

I have written music since my teens and was working on a track which turned out quite well. I remember how contented I felt with myself. I ran with that feeling as I was at the point in life where I was dealing with baggage from my past. I was filtering through it all psychologically, processing wounded memories and knew I had to embrace all the good ones.

I believe I went through the former dark days and nights in order to help me appreciate the brilliant ones. So the album became very dark and light, emotionally. I found myself scribbling down so many lyrics. The melody of a song will often come to me with the lyric and the best songs are the ones I don’t fight with. They have a life of their own and will evidently make themselves heard. I am quite a spiritual person and I look to find good in bad.

I actually dream songs. I wake in the night and sing into my voice recorder.

The songs gained in number and suddenly I realized I was writing an album. For me a song always has to be real have a meaning, the instrumentation is then arranged around the song. Some musicians work vice versa, but I think the listener knows when there is a genuine sentiment in a song. The whole album speaks volumes and has an identity of ROALD and my experiences. Too many people are concentrating on material wealth and goods. Real music isn’t about making money, it’s about connecting. I’m really proud of this album; it’s very ‘genuine’.

I named the album simply ‘ROALD’. It’s very much about dark and light, day and night, good and evil, life and death, Heaven and Earth. The highest moments to the darkest depths. There are tracks written from different perspectives, from the heartbreaking ballad ‘BRIGHTON’ about losing a best friend to the bouncy 80-esque pop of Yo-Yo. Hope you like it as much as I’m proud of it. Everyone will relate to this album. It is a 15 track album available as a download from itunes and Amazon etc from 14th August.

‘Universal’ also available as a 10 track download. There are 10 mixes including 7th Heaven Club mixes. A song that is all about connecting to the universe and the vibrant energy, about real love. It’s in us all but we can fail to connect. There developed a cohesive structure to the songs within this theme.

My real aim is to write more songs for other artists. Although the artist and DJ are the ones who get the song known to the masses, I always think of a writer as deserving more credibility than the artist or even the DJ.  I don’t think we give enough focus on the writer. Without the writer there is no music business and that seems never to be understood. On download sites etc, they’re almost overlooked. If there’s one thing I would hope the music industry would change, it’s that!

I would  sum up the album in one sentence as ‘a perspective of emotion; universally’.

Following on from the club success of ‘Universal’ ROALD returns with another club banger – ‘Moment Of Glory’, which comes to you on Swishcraft Music.

ROALD has been writing music since he was young, however started becoming serious about his song writing once in his teens. Since then he’s realized his vocation in life and has continued to write and unleash tracks which truly come from the heart. Artists that have influenced ROALD in his life and career range from the like of the amazing Adele, through to Alison Moyet and the brilliant band ‘Hurts’.
‘Moment Of Glory’ is the new single and it looks set to fly over the coming weeks. It comes to you with a stellar remix package, 7th Heaven, Christian Poow, Matt Consola, Swishcraft and Bright 1 all deliver larger than life mixes which will suit any mainstream floor that plays host.