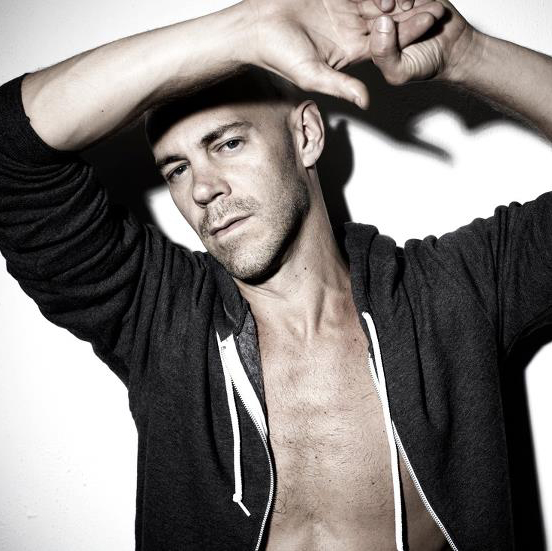 Like so many American soul singers, Peyton (Christopher Peyton) got his musical start in the church. Raised in the south of the US, Peyton was brought up in a family of Pentecostal preachers and was working as the minister of music for his father’s church by the time he was seventeen. After moving to the UK to study, Peyton went on to live in Colombia, South America and New York City, before finally settling in London.

In 2003 Peyton signed his first single to the Hed Kandi label, A Higher Place. Legendary House music producer Eric Kupper (Degrees of Motion) produced the first official mix which topped dance charts around the world and went on to become a House classic. Peyton soon began working on his debut album with Eric Kupper, as well as travelling around the globe performing to tens of thousands, turning the world into his touring playground one country at a time. It was also during this time that Peyton was invited to be one of the five presenters on the UK version of Queer Eye for the Straight Guy, which was a big hit in the UK on LIVING TV and was subsequently syndicated to networks all over the world.

Peyton has performed in over 200 cities, in over sixty countries, across six continents making headline appearances at events like Sydney’s Mardi Gras Harbour Party and the official Mardi Gras Event, the Beijing Olympics after-party, White Sensation in Prague, as well as a summer residency at the world’s most famous super-club ‘Space’ on the island of Ibiza. Peyton’s collaboration with the Freemasons ‘Love Is The Answer’ hit #1 in the UK Club Charts in 2009, at the same time his original track Streets Of Cairo with Egyptian duo Fahmy & Samba became a smash hit in Egypt, earning him a Virgin Music Award in the Middle East. Peyton continued to have chart success in the UK, US and Australia in 2011 with his massive hit A Little Louder – the title track to Kid Massive’s artist album and one of the most-played tracks in Ibiza for 2011, with support from Tiesto, Roger Sanchez, Fatboy Slim, and many others. In 2012 Peyton’s collaboration with grammy-nonimated producer Chris Cox ‘Changin’ topped the US Billboard and UK Club charts, and his re-work of Duran Duran’s The Reflex with DJ Pagano stayed in the top of the official German dance charts for over two months. Around this time Peyton began collaborating with Spanish producer Carlos Gallardo, a relationship which has resulted in a string of releases including After The Summer, which became an instant radio hit on Spain’s Flash FM, as well as a cover of Sting’s Desert Rose released on Blanco y Negro with a stunning video shot in the Egyptian desert. In 2013 Peyton & Gallardo’s original track Let It Go was chosen by US retailer Abercrombie & Fitch to be featured on a viral video campaign, directed by none other than the world’s leading fashion photographer Bruce Weber. It was also in 2013 that Peyton’s life long dream to collaborate with the Godfather of House came true: Beautiful, a collaboration between Peyton, Frankie Knuckles & Eric Kupper, was released on Hysteria Records and was one of the best-selling soulful House records of the year. In September, 2016, Peyton became a much beloved contestant on The X-Factor UK. Durning auditions, Simon Cowell commented, “That is what you call an audition” after comparing his “silk voice” to Seal. All of the judges were completely enamored. Making to the Judges Momes segment of the show, he auditioned for Sharon Osborne & Robbie Williams where fans rabidly texted he was a shoe in to go all the way. So it came as a huge shock when mentor Sharon Osbourne decided to send him home from the Judges’ Houses stage of the competition, instead granting wild card Honey G a place in the upcoming X Factor live shows. Twitter exploded, social media count fire with many expecting Simon Cowell to personally bring Peyton back as he’d done one before for a contestant on the American version of show. But it wasn’t to be.

Peyton currently lives on the island of Ibiza where he is resident vocalist for Blue Marlin. While his music continues to spread, many of his songs have been dubbed as anthems, others are recognized as club classics, and Peyton’s worldwide reputation as a performer and writer has secured him the title of one of House music’s most soulful and enduring superstars.