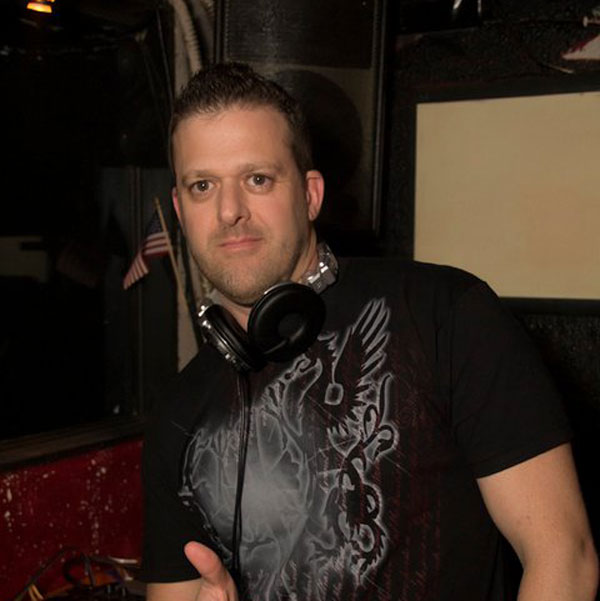 “Music + Dance + Love = LIFE” sums up the perfect equation for DJ NINETEEN69. Driven by a lifelong passion for music – and fueled by an energetic and highly infectious musical style – this Miami-based DJ/songwriter/remixer has established himself as a rapidly growing force in the highly competitive national club and circuit party scene.

Do The Math. Anyone who’s experienced the intensity of a peak moment on a packed dance floor knows the power it generates. But it takes a rare combination of skill and talent to harness that energy and put it to work. DJ Nineteen69 not only embraces this musical intensity, he hurls it right back at the crowd …like a musical slam dunk that’s greeted by cheers from throngs of adoring fans. “I have

found some DJ’s only play for themselves and not for the crowd,” he says. “That was one of many things that inspired me to play. I love injecting energy into the dance floor and receiving back with great response.”

Originally from Los Angeles, it was evident at his earliest gigs at friends’ house parties that DJ Nineteen69 had more than just an ear for music; he had a feel for it. The positive reaction he received from crowds early on was all it took for him to recognize his calling. Word spread quickly and soon DJ Nineteen69 began appearing at clubs and events all over southern California and beyond. Soon thereafter, DJ Nineteen69 heard yet another calling. The thriving tribal sound so prevalent in Miami’s South Beach beckoned him. In late 2003, he relocated to South Florida where he became so firmly entrenched in the area’s sophisticated (and very chic) club scene that his skills not only as a DJ, but also as a remixer and producer grew in fast demand to become his full-time career.

And while so many DJs fall back on a single formula, DJ Nineteen69 knows that every crowd is different and never relies on the same calculation. “Just like beauty, musical tastes vary between every individual,” he explains. “I love strong and emotional rhythms and beats. Something that moves you and works you into a frenzy, building and building until it breaks out into a FIERCE vocal. I don’t believe in continuously repetitive beats that go nowhere. Thank goodness for diversity!”

A Designer for the Dance floor. It only takes a moment out on the dance floor to realize that DJ Nineteen69 doesn’t just mix together songs, he literally re-designs them — to perfectly match the mood and feel of the moment. Drawing from an arsenal of original compositions and grooves he produces at his home recording studio in Miami FL., he’s been known to intertwine the latest hits with tailor-made beats and melodies. The live and spontaneous results are as dramatic as the difference between some old, faded Levi’s and a sexy new pair of tight Versace jeans. “I really am about turning it out. I believe in the journey,” he admits.

This theory has proven to be right on the money, with more and more fans nationwide are jumping on the bandwagon with every appearance. 2004 has brought one of DJ Nineteen69’s most diverse (and hectic) schedules to date. The growing demand for DJ Nineteen69’s talents now has him booked for multiple appearances at the Boom Nightclub in Phoenix, AZ; Reload Afterhours & Rage Nightclub both in Los Angeles CA; Club Firestone & Heaven Nightclub in Orlando FL; Club Industry in Indianapolis, IN; Spunk in Austin TX; afterhours at URGE Morning Hours in San Francisco; Club Montage in San Diego, CA; Nation in Washington, DC; The Brick in Dallas, TX and residencies at Faces Nightclub in St. Louis, IL. , Circuit in Ft. Lauderdale, FL. , Heaven Nightclub in Palm Springs, CA. , & Chrome in Tampa, FL.. DJ Nineteen69 has also appeared at the VIP Party during White Party Miami, the Aspen Gay Ski Week Main Event, the Dallas Purple Party for two years in a row (Closing Event & Tea dance), Palm Springs, Long Beach and LA Gay Pride celebrations, as well as several engagements at the sold-out RESOLUTION events at downtown LA’s Mayan Theater.

The Right Equation. In addition to performing live, DJ Nineteen69’s passion for music continuously drives him towards broader horizons. Between gigs he continues to create more original music in his role of Producer / remixer, with more than 60 original compositions to date. Under his newly established ACTION PACKED! production banner, DJNineteen69’s signature sound has caught the ear of the underground dance music industry. He recently completed projects for such chart-topping artists as Erin Hamilton, Gioia Bruno, Rachael Panay, Angelica De No and the legendary Pepper MaShay for her featured song in the new movie “Beauty Shop” with Queen Latifah. And keep your ears open for soon-to-be-released remixes for Kareema Castro, RAW, Michael Fairman, David Gordon, Jackee Dee, and Sean Ensign — along with an all-new original production with renowned dance music sensation Michael M.

Fans can catch DJ Nineteen69’s hottest mixes and top ten lists online at red-hot dance music websites including the www.Partylist.com, & www.JustCircuit.com. Be on the lookout for a recorded set, mixed live by DJ Nineteen69, on Circuit Mix located at the Partylist.com.

To sum it all up, whether he’s spinning live at a club, or mixing it up in the studio, DJ Nineteen69’s winning combination of talent, style and creativity has proven to be just the right equation for success.