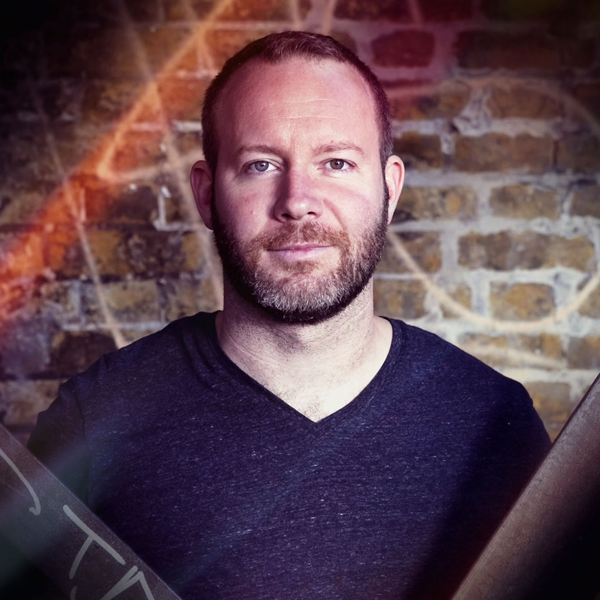 As child of The Eighties, both Michael Jackson and Carousel Roller-rama were pivotal discoveries. I’d ditch the Couple’s Skate to practice break-dancing and perform my own music videos in the mirrored tiles under the black lights. When I’d memorized every vocal nuance and riff, I’d write my own vocals for the musical breakdowns—and then I’d choreograph them. The eight-year-old with the moves began to draw crowds next to the skate-rental.

I owe this soulfulness partly to LaTonya and LaShonda- my 4th Grade Double-Dutch teachers and best friends. They taught me how to roll my eyes at my teachers and sing louder than the white girls in choir class. I was a lucky white boy to be adopted by the coolest girls on the black-top.

Singing in choirs has been the only constant in my life. It’s the place I learn the most about myself and how to be with others. My first choir tour was to Japan with the St. Louis Children’s Choirs where they didn’t have Wal-Mart, ate raw food and took baths together. We sang with the world’s best young singers and made fast friends. They showed us how to catch noodles from a bamboo trough—we taught them how to break-dance. I sung in those choirs until I was 18.

I didn’t take a voice lesson until my first day of college. I went to Truman State University in Kirksville, Missouri (www.truman.edu) and Wal-Mart, Dairy Queen and the all-male residence hall were my first stomping grounds. As a music major, I spent about fifteen hours a week in choir rehearsals, where I had the great honor of singing in Dr. Paul Crabb’s choirs. He routinely led us away from the mundane into the sacred place where music happens. He taught us to regard each other as instruments. If only our presidents did as much. Setting Down the Cross

I was the only openly gay member of Campus Christian Fellowship: an off-campus Christian club. I’d been an evangelical all through high-school and it seemed like the right place to hang out at the time. I sang on the worship-team for two years, singing heartfelt solos while they passed the plate. But they became the largest social group on campus and the leadership had to deal with the gay boy on the stage.

They rather awkwardly asked me to leave, citing some bullshit Bible verse from 2nd Timothy. They had a hard time kicking me out, though. I’d done my homework and invited them to debate their position that I was somehow “living in sin.” Thanks to the writings of Prof. Elaine Pagels (The Gnostic Gospels, The Origin of Satan) and Daniel Helminiak (What the Bible Really Says About Homosexuality) I was more than equipped to educate my fellow Christians. We tackled every verse they could find about it and my answers made more sense every time.

Every time I hear “you’re not allowed to ask that,” I dig deeper. Check out www.aliveandwell.org and www.soulforce.org. That shit will blow your mind. Uncovering the bullshit and calling out the truth can be a full-time job with it’s own benefits.

The Kansas-boy/pop kid/choir geek who’d never smoked a cigarette landed in San Francisco with wide eyes. It was truly the land of the free and the home of the brave. They were waving my flag on every corner. I gave up “just say no,” and fell in love on the Golden Gate Bridge.

I was also the newest soprano of the elite professional classical men’s ensemble, Chanticleer (www.chanticleer.org). Singing was no longer just a passion, but my full-time job. The group is limited to just twelve men; there was one spot open when I auditioned in 1998. It took three auditions, but I won a seat in the group. I’ve never been more challenged physically or mentally than singing with this ensemble, but it came with great rewards. We toured the world 150 days a year performing the most difficult repertoires ever composed for voices. We sold-out stadiums and concert halls and became brothers.

In my five years with Chanticleer, we recorded seven albums, two of which won Grammy® Awards. Our director Joseph Jennings pushed us hard with genius, vision and southern perfectionism. In thirty minutes he can transform a mediocre high school choir into a working ensemble with vibrant sound and spark. (And in three hours he can bake you a cake too heavy to take home.)

You Gotta Have Soul

Because of my choir teachers, I’d been given a great gift; the ability to find the soul in any brand of music, be it Michael Jackson, medieval opera, shape-note singing, or Gregorian chant. My harmonic language had been so far stretched through performing and mimicking soul music, styles I was finally immune to musical prejudice.

It was time to start writing an album. I turned my bedroom into a home recording studio and learned to use a Mac. I was starting from scratch on the mechanical side of things, barely knowing where to plug in my large diaphragm condenser. The first year of home recording was a lot of yelling at audio equipment and then feeling ridiculous for yeling at audio equipment. It was an intimidating learning curve in engineering and sound design. Thank god I found Jeff Crerie.

Jeff Crerie is an audio space cowboy with an intuition and musicianship unmatched. His studio, Utmosis (utmosis.net) is perched on a San Francisco hilltop overooking the Castro. After sitting side-by-side mixing and recording these songs (and savoring some of Jeff’s famous pancakes) I would walk home in the drizzling rain listening to what we’d just created out of thin air.

I feel like I’m just scratching the surface with songwriting.

Alber released Hide Nothing through Silver Label, a division of Tommy Boy Records. The leading single from the album, The End of the World went viral after gay-entertainment television channel Logo TV popularized its accompanying music video through its now-defunct Click List segment. At the time, Alber’s relationship was suffering, and the song was written as a last-attempt to save it. Unhappy with his label’s approach to creating music, Alber left Tommy Boy Records in 2010 and has since been releasing his music independently.

Alber followed-up Hide Nothing with 2011’s Constant Crows, which found the singer experimenting more with folk music and torch songs. Alber stated in an interview with The Herald Palladium that the song on his second record was influenced by his stripped-down, acoustic live performances, a change from the “dreamy” and starry-eyed sound from his debut.

In 2012, Alber release the 4 track EP and DVD series called Matt Alber With Strings Attached – The Cello Street Quartet Sessions, that includes reinterpretations of several of his hit singles as well as conversations and behind the scenes footage, all presented as a lush documentary.

The “With Strings Attached” project was made possible by the 368 fans who pre-ordered the EP.  To learn more about the project or to order a copy of the DVD & digital download, please visit mattalber.com/cellos.

This sound was later further expanded on 2014’s Wind Sand Stars, which was Alber’s first full-length LP to be released on vinyl.  Following the release of his second album, Alber became an icon for the bear community, modeling as a pin-up for Meat Magazine in 2013.

Alber has also been tapped as the vocalist on several club tracks, including the 2012 club anthem “Dreams” by Saul Ruiz & Matt Alber, a club reinterpretation of the Stevie Nicks classic, 2014’s “Drive” by Australia’s Stereolove (feat Matt Alber), a cover of The Cars classic and “Call in the Air” by Tom Noize & Sean Darin (feat Matt Alber).