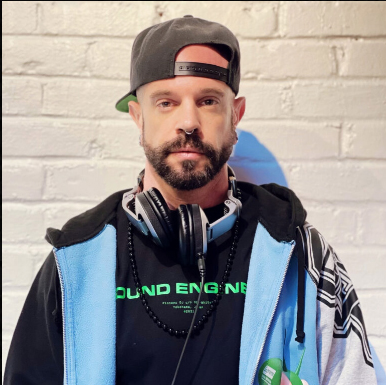 KENNY KRUZE has been performing in the underground circuit for over 20 years. He got his start making beats in his bedroom when he was 15 and, after attending his first underground rave in the late 90s, he was hooked. He learned to mix on vinyl, got his first club gig in 1999, and he hasn’t stopped since. By 2005, his productions were getting picked up by underground house labels; he released a handful of singles, remixes, and EPs under his own name, Ken Murray.

Just like the ever-changing music scene, his style has evolved a lot over the years. Getting his start in drum & bass, he progressed through every genre of electronic music, eventually finding love for house and its many sub-genres. His sets and podcasts consist of elements of afro house, tech house, tribal, and circuit, and they vary based on the mood or event he is booked for. Whether it’s a chill pool party, club night, prime-time circuit party, after-hours, or Pride event, he has the right sound. Kenny’s skills as a producer allow him to enhance his DJ sets with creative mixes and live remixing. Fans have come to love his signature style, which is a blend of tribal, tech house, and big room sounds, layered with custom loops and vocal samples. His early influences were the NYC legends like Peter Rauhofer, Victor Calderone, and Danny Tenaglia. Lately, he finds inspiration in deejays like Nicole Moudaber, Black Coffee, Tale of Us, Diplo, and Claude VonStroke, among others.

Catch him playing a guest appearance in your city or in his hometown of Norfolk, VA, where he plays at bars & nightclubs, Pride Fest, and hosts a monthly party called Beefcake.