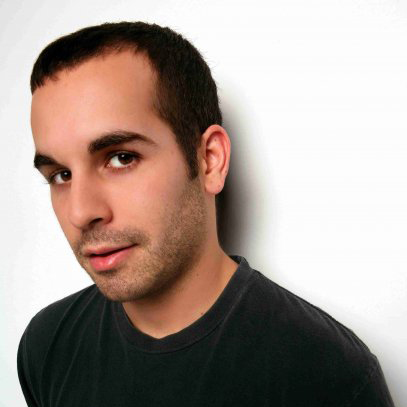 Attention all passengers: Prepare for a wild landing.

You’re about to enter the Bermudez triangle.

This is where the melody hits your chest like a crashing wave, where the pulsing bass rocks your head like a hurricane, and where – get ready! – you’ll be lost forever in the sea of the dance floor.

Joe Bermudez is your guide on this head-trip, and he knows just where to take you. The Boston based DJ has emerged as one of the hottest talents on the global club scene, a sonic triple threat that brings the goods: the sound, the look, and the (lack of) attitude.

Whether he’s spinning live at clubs and festivals, remixing for the biggest names in music (Britney, Rihanna, Ke$ha and just about anyone else you know by first name alone), or just sitting back and looking damn pretty, Bermudez has amassed a worldwide following for his seamless sets, pitch-perfect productions, and willingness to play to the crowd: not his ego.

“By starting in radio, I learned how to program music for the masses,” explains Bermudez. At just 18 years old, on his own and without a paycheck, Bermudez was ballsy enough to walk into a local radio station and demand they hire him.

Lucky for the rest of us, they listened.

And while he hasn’t left radio behind, today Joe is the one being pursued; he’s got a syndicated show called the Mass Movement for starters.

But most importantly, his introduction to the music world set his expectations high and his ear planted firmly to the floor.

“By having a bigger audience from the start, I quickly learned how to keep a lot of people happy with what I play,” says Bermudez. “Even in my underground mixes, there’s an element of pop that attracts people who normally wouldn’t listen to the genre.”

A refreshing lack of pretense and his willingness to cross genre boundaries has been hugely influential in Bermudez’ meteoric rise throughout the ranks of international DJs. He has been consistently been named one of the Top DJs in the country by DJ Times (besting even legendary names like Junior Vasquez, Roger Sanchez, and Felix da Housecat), and has been nominated for multiple IDMA’s for Best Radio Mix Show DJ (alongside Tiesto, Pete Tong and Above & Beyond). He’s continued to churn out remixed and productions for major industry names, adding name upon name to his list of heavy-hitting clients.

And then, of course, there are those baby brown eyes.

Besides his killer club music, Bermudez’s look and personality are also a big part of the attraction. Like the music he spins, the DJ is warm and approachable, high energy and always ready for a good time. Of course, it doesn’t hurt that flocks of female fans (and hey, more than a few guys) swoon over Bermudez’s physical attributes. Even a simple Google search turns up more than a few remarks of the “what a hottie!” “soooo cute” and “OMG I LIKE TOTALLY LUV HIM LOL” variety.

Still, whether it’s his victories in the DJ booth or success with the ladies, Bermudez takes it all in stride.

“It’s all about the music for me,” says Bermudez. “I love being able to see the world by spinning at clubs all over the globe. But all I need is a crowd that loves what I’m doing. To keep them moving all night long, that’s the greatest perk of all.”

Perk up, baby. The audience is listening.