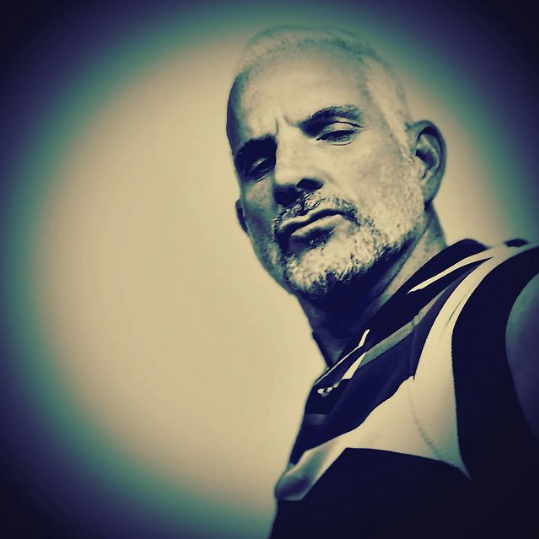 A New York City area native, Jipsta is a Top 5 Billboard Dance artist who successfully fuses traditional house/circuit music with a witty, hip-hop sensibility in his songs. Jipsta has received high praise and also prides himself on his confident, outspoken, and infectious personality and strong songwriting ability. His honest, witty, and no-holds-barred approach to songwriting has been well received by traditional circuit crowds that typically support female artists. Jipsta made a huge splash on the dance music scene with his progressive, genre-bending cover of the George Michael classic 80’s single, “I Want Your Sex.” Chris Cox (one half of the legendary Thunderpuss remixing duo) signed Jipsta to his Provocative Music label, and “I Want Your Sex” quickly hit the Billboard Dance Chart with a vengeance, as it was the Hot Shot Debut, and then Power Pick in its first two weeks of release, and eventually climbed to the #4 position, making it Jipsta’s first Top 5 Billboard single. The single also did well in the international market, making its impact on Billboard’s “Global Dance Tracks” chart based on worldwide club play alone. “I Want Your Sex” also reached #1 on the Hot 100 Brasil chart, where it remained for 7 weeks. Jipsta filmed his first official music video in support of the single, which aired in heavy rotation on Logo’s Click List Top 10 countdown as well as on Logo’s NewNowNext Pop Lab program.

Legendary NYC club life celebrity Jonny McGovern took notice of the buzz Jipsta had generated in the NYC area, and asked Jipsta to be a featured guest artist on a remix to Britney Houston’s track “And the Crowd Goes,” which was included in the re-release of his album “The Legends Ball: East Village Mixtape 2.” Jipsta released his fourth single called “Nasty Boy” in March 2010. Serving as an homage/re-invention to the classic Vanity 6 and Inaya Day sexy anthem “Nasty Girl,” the track has become Jipsta’s most widely received single, particularly with the MASSIVE success of the bootleg mashup with Inaya Day that was remixed by Jamie J Sanchez. On the heels of Nasty Boy, Jipsta released an original song featuring legendary dance diva Sandy B called “Party of the Year,” which marked the first musical collaboration with Grammy-nominated producer/remixer Chris Cox. The song skyrocketed up the Billboard chart and earned Jipsta his third Top 10 record. Jipsta is also a contributing writer for other artists as well, the most noteworthy of which being Pandora Boxx, who is an extremely popular contestant from Season 2 of Rupaul’s Drag Race television program on the Logo channel. Jipsta co-wrote the single “Cooter” for Pandora Boxx, the video for which has already racked up over 100K views on YouTube. Jipsta also appeared as a featured artist on RuPaul’s new single “Sexy Drag Queen.”

Jipsta has released three full-length studio albums: “Bandoozle,” (2011) “Turnt Up,” (2013)[2], and most recently, “Ban2oozle” (2017). Jipsta’s unique style of layering intricate lyrics over uptempo house music beats has resulted in six consecutive appearances on the Billboard Dance Club Songs Chart since 2007 when his debut single “Don’t Act Like You Don’t Know” was released. Jipsta is also widely known for his genre-bending cover songs; the most popular of which is his cover version of “I Want Your Sex” by George Michael which reached #4 on the Billboard Dance Chart. Jipsta’s notoriety also increased when he was asked to collaborate with RuPaul on the song “Sexy Drag Queen,” which was heard regularly on the television program Rupaul’s Drag Race. Jipsta is an openly gay member of the LGBTQIA+ community.