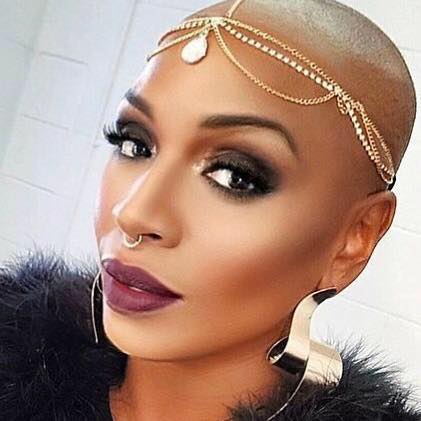 Robinson was discovered in 1987 by legendary producer Niles Rogers and iconic entertainer Carole Davis and would go on to work as Davis’ choreographer throughout the late ‘80s. During her college years, she worked as a backup singer for Rick Wes who was the opening act during the New Kids On The Block sold-out stadium world tour Hangin’ Tough, and cut her teeth as replacement lead singer of the Euro-pop group Snap during their first World Tour!—resulting in her first televised performance on “Soul Train.”

In 1993, Robinson formed Livin’ Joy with Italian DJs Paolo and Gianni Visnadi, stepping into the role of lead singer and penning the group’s debut single “Dreamer,” which debuted at #1 on the UK Singles and Billboard Hot Dance Club Play Charts in 1995. The single went on to become a Euro-dance classic, charting in 27 other countries. Robinson embarked on a solo career in 1998, signing with producer Phil Quatararo after her demo impressed Queen Latifah and her management crew. Robinson immediately began working on her debut album The Color Within Me, catching the attention of Tina Turner, who selected Robinson to open her Twenty Four Seven Tour. Robinson quickly became known as the “writer with an honest pen,” collaborating with Grammy winner Wyclef Jean to write music for Tevin Campbell. Robinson also wrote music for Taylor Dayne and Kristine W. after signing with EMI.

Robinson took a break from recording in 2001, moving to Europe to raise a family and continue honing her songwriting as suggested by Tina Turner. She also took some time to care for her sick parents back in New Jersey. During this time, Robinson threw herself into her craft, reaching new heights in the international market while raising her newborn daughter. With more than 31 international singles to her credit, Robinson earned a publishing deal with Warner Chappelle Music in 2007, collaborating with some of the industry’s most influential producers and songwriters. Robinson’s songwriting was in high-demand during the 2000s, scoring hits for eight Pop Idol winners, as well as Canadian R&B star Deborah Cox, US artists V-Factory and Ashley Tisdale, and American Idol finalists Frenchie Davis and Ada Vox, penning Vox’s 2018 single “Because Of You.”

In 2008, Robinson gave birth to her second daughter. Shortly after, her father passed away, inspiring Robinson to record her second solo album, The Preacher’s Daughter, which received unanimous praise from her industry peers. Janice experienced a return to the Billboard Dance charts in 2015 on the strength of the instant classic “House Anthem,” as well as the number 1 single “There Must Be Love”—a collaboration with Grammy-winning producer David Morales that took Italy by storm that summer. After spending 10 days in the hospital following a traumatic injury in 2016, Robinson began writing her first book—God Will Never Leave Me—which will be accompanied by a new Gospel pop-inspired album produced by Grammy-winner Mark Batson, bringing the two together for the first time in 16 years. Back to full strength, Robinson kicked off her powerful return by writing songs for the long-awaited album I Am My Father’s Daughter in 2017, a deeply personal effort that pays tribute to her father and her unshakeable faith in God.

Robinson recently appeared as the August 2018 Headliner at GIBO, Italy’s #1 luxury club, but was forced to end her run a week early due to her daughter’s sudden blindness. She can now be seen as a contestant on the international smash singing competition The X Factor UK, which she was encouraged to try out for by her oldest daughter, Kura, who had just undergone brain surgery following her diagnosis of Pseudotumor Cerebri in May of 2018—leaving her legally blind. Throughout this latest challenge, the family has found hope and comfort in Robinson’s triumph. The songstress then emerged as a serious contender for the competition’s top prize, leaving the notoriously tough judges’ panel speechless with her powerhouse performance of her hit single “Dreamer,” which brought best-selling pop icon Robbie Williams to near-tears while earning high praise from former One Direction standout Louis Tomlinson.

The Color Within Me (album: Warner Bros.)

“Nothing I Would Change”;

“Sleeping in the Playground”;

“Nothing I Would Change” (Warner Bros.)

Sweetest Day Of May( Dreambeat / Positiva)

David Morales & Janice Robinson “There Must Be Love” (Defmix)

David Morales & Janice Robinson – What Do You Believe In (Ultra Records)

David Morales Changes Album “What Do You Believe” (ULTRA)

Deborah Cox- ‘If It Wasn’t For Love (Hosh G Records)

Frenchie Davis “ Loves Got A Hold On Me”

“TOP OF THE POPS UK”