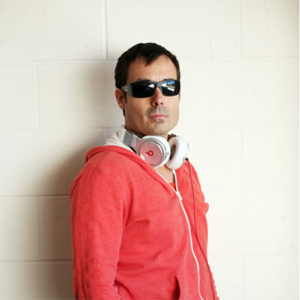 Starting at age ten, Griffin studied trumpet and tuba and played in his school band. His early musical experiences sparked a life-long love of all kinds of music, and it has provided a steady and meaningful influence throughout his life.

At college, Griffin was both an on-air DJ and the college radio station’s music director for two years, where he rebuilt the station’s relationship with major and alternative record labels, interviewed up and coming bands, such as Sublime, and refocused the stations mission to provide the campus with the latest and best of the then-current music scene. Serving as music director, Griffin developed a keen appreciation for the wide variety of musical styles and discovered his love of dance music.

As he explored the dance music scene after college, he fell in love with house music which led him to his current passion for being a club DJ.

“I was intrigued by how DJs could take you on a magical journey, and I wanted to be able to create my own to share with the crowd“ recalls Griffin. For those who have experienced Griffin’s wide range of styles from soulful vibes and soaring vocals to progressive beats to uplifting trance anthems, they agree that his sets have one thing in common and that is energy. Griffin believes in keeping the energy up and the crowd happy, he knows that music’s energy is what can carry a crowd along a wonderful journey, and when the energy is not there, the crowd loses interest pretty quickly.

In just a short time Griffin has established himself as a local favorite DJ, playing at many of Los Angeles hot spots including Exchange LA, Circus Disco, The Factory, Ultra Suede, Villa, MJ’s, Eleven, The Eagle, and Micky’s, and in Palm Springs at the former Confessions. He has spun at LA Pride and was the co-headliner in Palm Springs at The Ace Hotel for Desert Tea during White Party weekend in 2011. He also makes regular trips up to San Francisco to play at The LookOut. He made his first International appearance in 2013 when he headlined Club Angel in Shanghai, then at Volume Beat in Hong Kong. In 2012, Griffin made it to the Top 10 of the G.I.R.L. Internet Radio Contest. He has played with Paulo, Joe Gauthreaux, Marco Da Silva, Kimberly S, Casey Alva, Phil B, Corey Craig, and Dan DeLeon.

Griffin’s curiosity to learn to produce music led him to Icon Collective in 2010 where he completed the course in Digital Music Production. “I wanted to be able to take the next step and to continue to grow as an artist. Learning to make music has been an amazing and rewarding experience.“ His first official remix came out in October 2012 for the Wayne G ft. Alison Jiear track “I Just Wanna Dance“.

When he’s not in the DJ booth or making music, Griffin can be found teaching his Bootcamp style kettlebell fitness classes in West Hollywood. Kettlebells are cannonball-like weights that you swing, pull and press through various movements, giving your body a total workout. Just like his music, he is always looking for new ways to train the body.

Griffin wants to bring back some joy to the dancefloor. The evening should be an experience that puts you through many emotions. Music is life,
and Griffin hopes to make it a wonderful ride.