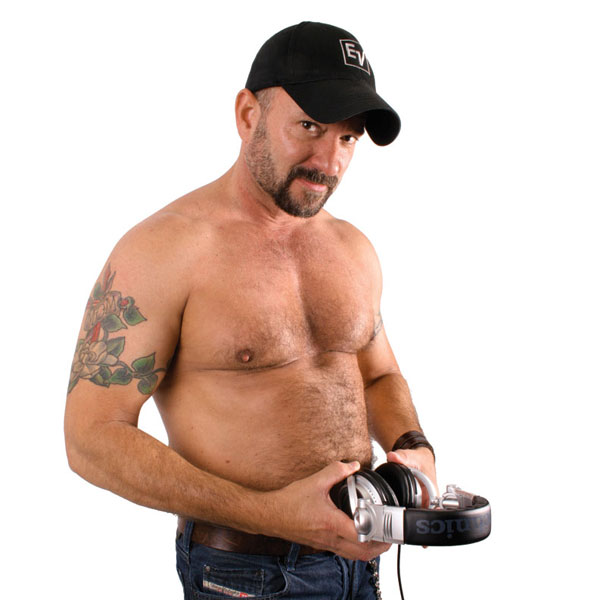 East Coast, West Coast and deep in the heart of Texas, DJ Blaine has spun his way around the globe with an uplifting, sexy and energetic style of electronic and vocal house music. Consistently reading his audience, Blaine satisfies their cravings with hooks, samples and layers of intricately woven high octane vocals, tribal beats and big room electronic sounds.

Spinning cities from North American to Australia, Blaine has held residencies in San Francisco, Dallas, Philadelphia, San Antonio and Washington, DC. As resident DJ at the famed Dallas Eagle, Blaine produces his RELEASE party every first Saturday of the month and SUPAFLY Trash Disco every first Sunday. A faithful following of the Bear community has led Blaine to headline the largest bear events in the country.

At the top of his game and over 25 years in the music business, Blaine has evolved with the various formats used in djing and has always considered the music as the most important aspect of the spinning process.

Having grown up in South Louisiana, Blaine began collecting records at an early age. With a love for R&B, some of his early musical influences include Burt Bacharach and Hal David, Dionne Warwick, Ray Charles, The Supremes, Jackson5, Al Green, OJays, Isley Brothers, Jeffrey Osborne and Teddy Pendergrass.

Blaine is currently in the studio producing and remixing with DJ Erik Thoresen under the pseudonym DURTYLEG.

I began my musical journey early in life while watching my mom teach piano to young music lovers. Unbeknownst to her she was teaching me a love of music as well, which would last me a lifetime.

From that time on, I was drawn to music as a life force. After years of experience as a participant on the dance floor of clubs all over the country, he came to know first hand what excites club people; what brings them to an emotional and physical high. After deciding to become a dj in the late seventies, I trained under some of Los Angeles’ best djs and continue to remix and co-produce with various artists I have played in a number of clubs and parties all over the country and Canada. Real Bad XIV San Francisco was and still is one of the funnest events which 100 percent help our community.

I continue to hone my talent and his relationship with music both as a Dj / Remixer/ Producer. I believe that my style and musical taste is greatly defined by my Cuban roots, a culture known for its energy, creativity and love of music and dance.