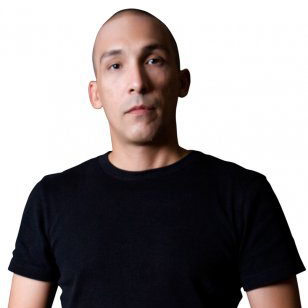 A Brooklyn born native New Yorker, Deep Influence (Orlando Fussalva) grew up immersed in the dance music culture. With roots initially planted first as a local DJ, Orlando moved up in the dance community as Record Pool Director, and avid dance music buyer for a notable music distribution house. Orlando’s residencies at the legendary Copacacbana quickly became a nightlife favorite, establishing him as a contender on the NYC scene.

Deep influence eventually locked-in dance music productions with several Billboard dance hits, from global acts such as Mariah Carey and Ringside. Shortly after, he began a collaboration with Tony Moran & Warren Riggs, producing two Billboard dance hits “Waiting for Allegria” Ftr. Zhane Saunders and “Café Con Alllegria”, both of which were chart risers and floor bangers. This would be the first of several great collaborations between both teams.

With his unique signature “peaktime” sound, Deep Influence has managed to create a huge imprint in the progressive house music scene here in the US as well as the UK. Deep Influence continues to spin at large capacity venues in Brazil, Florida, and New York, never ever leaving his DJ roots far behind.

In 2012 he officially opened his Kontinuous Music label, with several hits, further increasing his reach. Never following the status quo, Deep Influence has been release tracks under his own Kontinuous Music label as well as other EDM labels in a wide range of dance genres. In his own words. I’m here to make music that moves and motivates people, because without the people you have absolutely nothing.