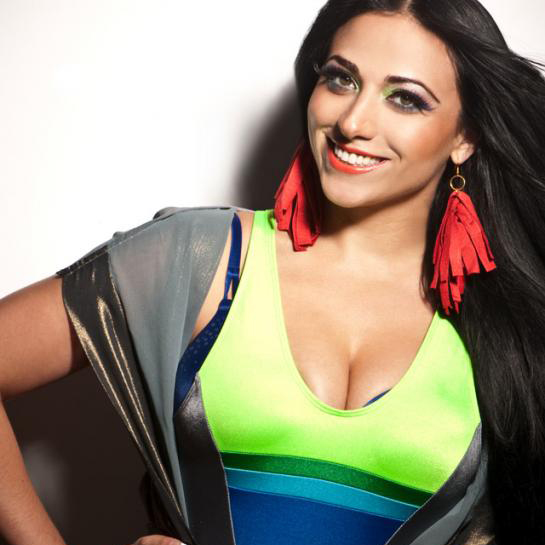 Cherie Lily is on a mission to make you sweat! Creator of HOUSEROBICS, high-energy dance music to pump you up at the gym and on the dance floor, Cherie Lily definitely gets you dripping wet! Performer, musician, songwriter, producer, group fitness innovator, celebrity trainer, apparel designer, and AndrewW.K.’s female hype woman!

Born and raised in Chicago, Cherie Lily moved to New York City with Big Apple dreams in 2002. Cherie’s music and personality quickly made a mark on the downtown NYC music scene with her punk rock bands Spank and FlüRT, while also making an impact in New York City’s premier fitness clubs like Equinox, Reebok Sports Club, and Crunch. In 2010, Cherie Lily released her self-produced debut EP “WERK – THE REMIXES”. “WERK” quickly became an international underground club hit inspired by the vogue and runway ball scene in New York City. On February 12, 2013, Cherie released, THE DRIPPING WET EP, featuring 13 tracks to get you sweaty! Get a taste of what Cherie Lily has to offer by watching her music videos and “Fit Tip” videos! Lily has also lent her voice to the club, radio and video hits for Cazwell and Dwayne Milan (Major!) as well as her solo hit singles “Kiss My Lips,” “Body,” “Werk,” and “I Like It.”

When not performing, teaching fitness classes, or in the studio, Cherie Lily is on the road with party king, Andrew W.K. performing rock vocals and heavy headbanging. She’s also appeared on LIVE with Conan O’Brien, Good Morning America, and the CBS New York Morning Show.

Cherie Lily has a lot of tricks to get you burning calories with her undeniable club bangers and fitness flare! This pistol is sure to make a mark on the world and inspire that booty to move!