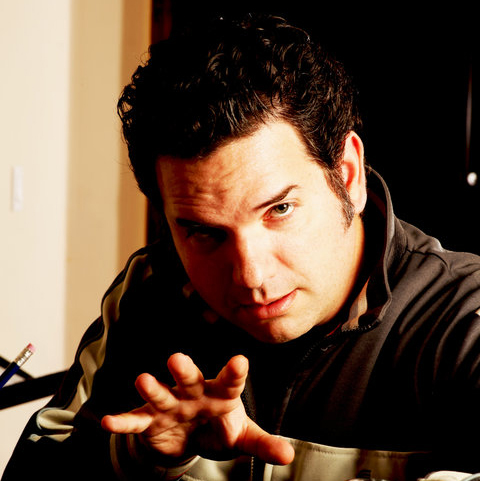 Chris Rodriguez (aka C-ROD) is one of Miami’s most innovative producers, songwriters, mixers, and arrangers. Known for his cutting edge sound and unconventional style C-ROD has worked with many of today’s famous names while playing a major role in new artist development. His work has traveled the globe achieving #1 hits, Grammy nominations, and multi-platinum sales. C-ROD resides in Miami, FL.

Aside from his multi-platinum sales, international hits, and Grammy nominations, he has always remained true to the art of studio production and the belief that music can set the soul free. Graduated from the University of Miami Musical Theatre program, he has always brought a classical element into every production style he has had the pleasure of working on. His first breakout hit as a producer was in the early 2000s with the Latin Pop ICON “Paulina Rubio.” C-Rod Produced the first two Singles that made her “Paulina” Record one of the biggest selling albums of the time. From there he went on to produce other Latin Stars from “Thalia,” “Ricky Martin,” to Cuban legend “Celia Cruz.” While all this was happening C-Rod Continued to develop new artists on his independent label and doing remixes for other Superstars like “Britney Spears” and “Jennifer Lopez.” Currently signed as a writer and producer to Sony ATV, his songs/productions have been on motion pictures like “Easy A” staring “Emma Stone” and the Theme song for “Kirstie Alley’s” “Big Life”.

Although C-Rod is an accomplished symphonic arranger he has a knack for electronic sound and has had over 50 remixes on the Top 20 of the Billboard Dance Club Charts including various #1’s with Lady Gaga, Pet Shop Boys, Enrique Iglesias, and many others. This inspired him to create “C-Rod” the electro-dance artist whose first release “Raise Your Hands” (C-Rod feat. “Jason Walker”) broke the top 20 on Billboard Dance charts and  “Beat Don’t Stop” (C-Rod feat. Jason Walker) Broke the Top 5.

​A listening session with C-Rod is like opening Pandora’s musical box. C-Rod is also part owner of various entertainment/creative companies that focus on developing recording artists and content for TV Film and Advertising.