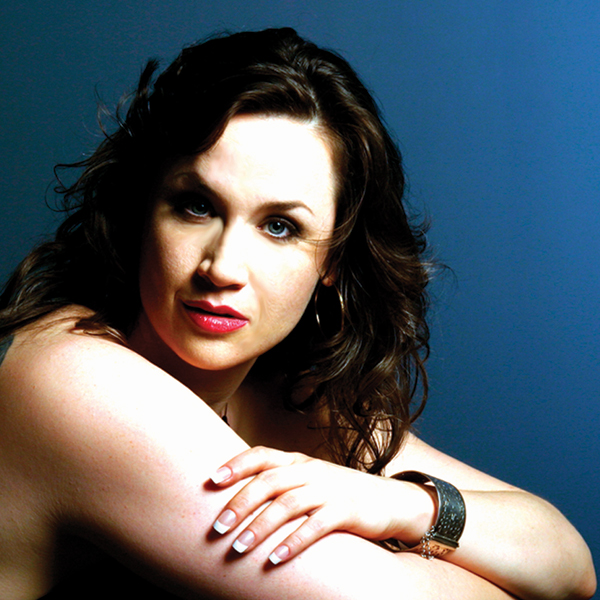 Brenda Reed is a San Francisco-based award-winning singer and actress whose talents and accomplishments are as impressive as the musical journey that has brought her to San Francisco’s Swishcraft Music. At the very young age of 12 Brenda knew that singing jazz was one of her true passions. These passions lead to extensive live performing with various accomplished Jazz groups, and to the eventual release of her first Jazz CD, “Lush Life” in 2003, which is now very rare to find since going out of print. A headlining gig at San Francisco’s prestigious Plush Room soon followed. In addition to a successful music career, Brenda is an active member of the theatre where she won the TBA Critics Circle Award for Best Supporting Actress in a musical (“Chess”) in 2001.  Hooking up with the Blues scene in her native Sonoma County soon followed, where she sang for The Bonafide Blue, recording the hit “On the Edge of a Dream” in 2008. Brenda played numerous high profile Blues Festivals, which included opening for Elvin Bishop and Volker Strifler in Sonoma County. Brenda eventually ventured into the world of nightclub dance music after meeting Bay Sounds Studio’s and L.F.B founder Leo Frappier.

In 2010, Swishcraft Music’s founder Matt Consola began to assemble an accomplished pool of distinguished singers to launch his new 2011 record label.  Introduced by L.F.B, Brenda’s fiery voice, which straddles the bluesy/soul & rock fence made her the perfect choice to cover the legendary 80’s blues/soul & dance icon, Alison Moyet, as Consola reinterprets Moyet & Yazoo’s 1982 Upstairs’ at Eric’s ballad “Midnight” into a fiery up-tempo dance track that burned up the North American, European and South American dance charts.  Followed by the releases “Coming Back” in 2012 and “Dream of Me” in 2013, Reed is proving to be an emerging siren. In October 2016, Reed was tapped to be the vocalist on the remake of a 2000 dance classic called “To be Able To Love.” Originally performed by Swedish singer Jessica Folker in 2000, “To Be Able To Love” became a dance floor classic following the iconic 2001 remix by Jonathan Peters. 15 years later, two of the newest DJ/Producers to the Swishcraft roster, Los Angeles-based production partners George Figures and DJ Blacklow (Jeremy Blacklow) took on an iconic club classic, updating this anthem for a new generation. An all-star lineup of productions accompanies two Remix EP’s with interpretation ranging from Big Room Circuit House & Tribal, Deep House, Tech House, 90’s Retro House, Classic House and more.

In 2017, Brenda will be debuting a brand new original track called “Every Moment” written by the legendary, award winning singer/songwriter Janice Robinson and produced by Matt Consola & Robert Ladic (aka Division 4 & Matt Consola).