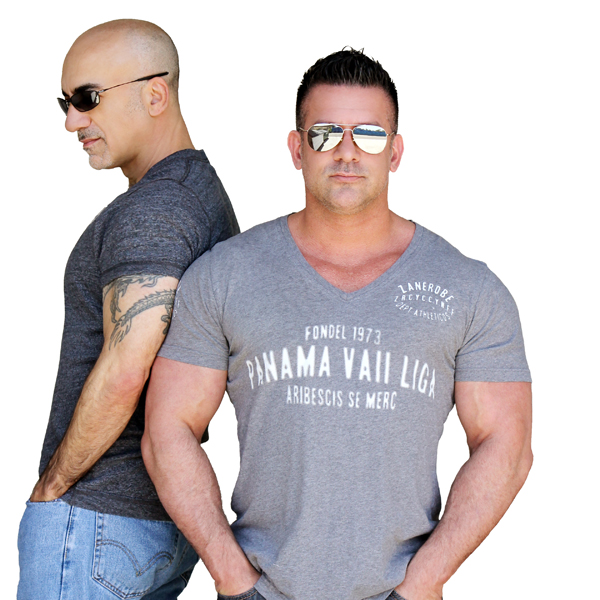 In the year 2000, Bill Bouvier was managing a nightclub in Los Angeles, and hired Peter Barona to spin for the first time. Little did they know that ten years later they would be creating their own original tracks as a team, as well as remixing Billboard #1 & Top 5 Dance Hits for the likes of Cher, Jeanie Tracy, Inaya Day, Ralphi Rosario and Erin Hamilton. After more than 15 solo release on labels including Carrillo Music, Swishcraft Music & Blueplate, Bouvier & Barona set out to create their own label, Jacked Monkey Music in 2017. Jacked Monkey Music will kick off with it’s first release, “Believe” by Bouvier & Barona ft ANMRI in August of 2017.

Peter began his musical journey early in life, watching his mother teach piano to young music lovers. Unbeknownst to her, she was teaching her son a love of music that would last him a lifetime. After participating on the dance floor of clubs all over the country, Peter decided to become a DJ in the late seventies, training under some of LA’s best DJ’s and playing a number of clubs throughout the US and Canada.

After years managing clubs and producing events, Bill began to master his spinning skills, playing at events in Los Angeles, San Francisco and Palm Springs. Once Bill landed a residency in a West Hollywood club, he realized that something was missing. With his background and love of music, playing piano and writing poetry, Bill knew it was time to start creating his own original compositions.

Bill’s first single, Strength feat. Erin Hamilton was slated to be used for fund raising for the NOH8 campaign. Peter was chosen to create one of the remixes on the project. Although the track hit big in the clubs, it was never officially released as a single. Upon establishing their friendship with the Strength single and several other remixes, they decided to join forces in the studio in 2012 to see what magic could happen. Pulling in singer Nikki Paige, they produced the single “Why U Playin Me” and submitted it to Carrillo Music.

Carrillo Music released the single, which jumped to #26 on the Billboard Dance charts.  Carrillo then approached Bouvier & Barona to create 10 tracks of original material to be released as a Pride 2013 compilation.  The second single “Surrender feat. Abigail” peaked at #9 on the Billboard Chart. Their follow up release, “Dominate My Love feat. Amber Dirks” is quickly rose to #6 on the dance charts. As their success continues to grow in 2017, Bouvier & Barona are back in the studio with a new CD in the works, a new record label about to drop, and a new hit single.