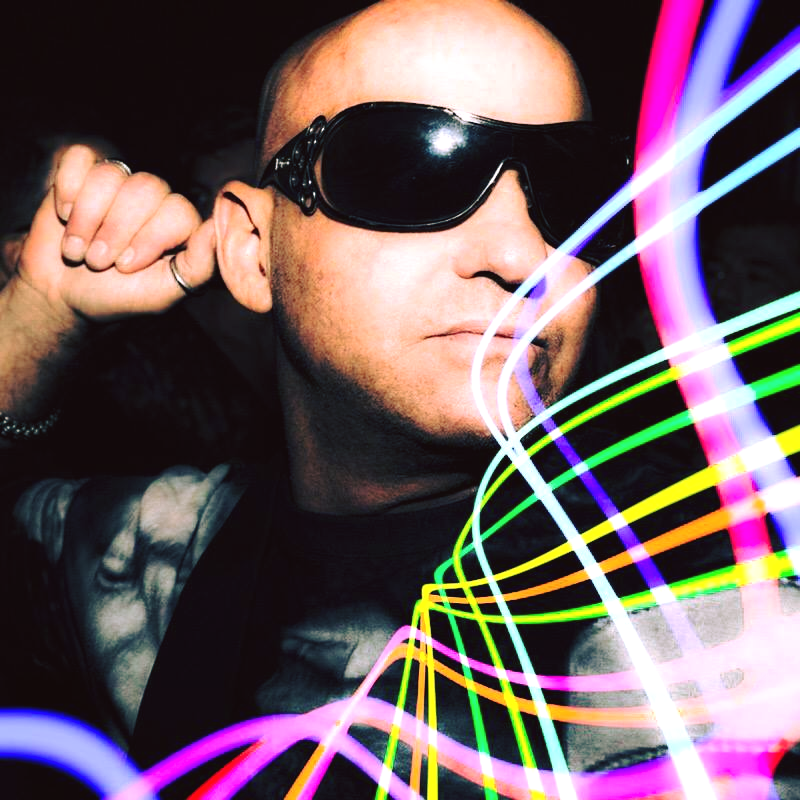 THIS IS MIAMI! LEARN IT AND LEARN IT WELL! A chameleon and renaissance man, Alan T has covered so many bases that he should book his act into Yankee Stadium. Club and recording personality and host extraordinaire, architect and design guru to the famous and infamous, he is a jack of many trades who has managed to master them all.

Alan T studied at the prestigious Architectural Association in London and holds a Master of Architecture and Building Design degree from Columbia University School of Architecture and Preservation. A longtime appreciator of the music and club scenes, he had dabbled in mixing and deejaying just for fun, and he seemed destined to pursue the career for which his education had prepared him. But fate had other ideas. One night in the late ’90s, Alan left a long and kaleidoscopic message on the answering machine of producer Mike DaMooch Mucci. Full of the verbal twists and turns that would become an Alan signature, this message led to Mucci’s creation of Come & Get It (SFP Records), which caused a sensation at Liquid and numerous other clubs worldwide. With the buzz around him building, Alan hit the studio, and out of these sessions was born his debut track, “The Door”, which swept the club scene like wildfire. Ace deejay Danny Tenaglia proclaimed, “This should be heard everywhere”, and Danny’s 2001 remix of “The Door” pumped more juice into the Alan T mystique. Alan T blitzed the clubs from New York to South Beach, (overseas, etc) preaching the gospel of “The Door”- ( “To the left, to the right, Can you move, Fierceness is always Welcome” ). Numerous recordings also followed – Jonesing, Rock to the Beat, Strange shades of Light, Jungle Juice, Twitch and House Muzik (all tracks heavily influenced by articles, stemmed from Alan’s own method of work, immediate surroundings, people, periodicals, pop culture, media, avid reading, cutting and clipping ideas into a scrapbook, previous studies and even intellectuals. Personalities such as Susan Lucci, Miss Cleo, Farrah Fawcett, Tori Spelling, Grace Jones, Monica Lewinski. Apart from his striking, rapid-fire delivery, another Alan T hallmark is his imaginative use of costuming and props. Audiences never know if they’re going to be entertained by a kinetic Alan T dressed in the impeccably tailored Italian high style of Romeo Gigli or find him in the garb of a cop, a UPS delivery guy, or an astronaut in full flight drag. Alan’s wardrobe closet fills an entire room and will soon achieve landmark status. Soon the hot spots of Europe, Canada and Israel came calling. Alan T packed his bags and hit the road. Europe may have seen a show of American strength during World War II, but they had to prepare themselves all over again for Alan T’s arrival. He has played to enthusiastic crowds in Rome (where he lived for a time), Berlin, Barcelona, Madrid, and Tel Aviv, among others, and he is frequently asked back to perform in one of his favorite cities, Toronto.

And it all started with a message left on an answering machine. Ain’t technology great?